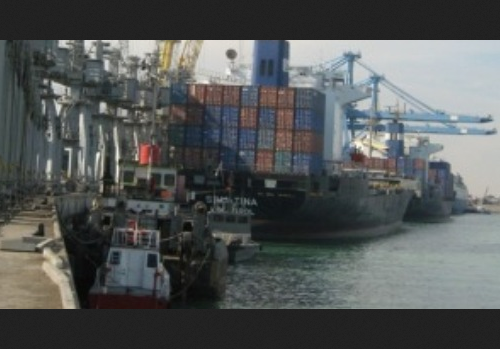 One of Iraq’s most important waterways is littered with sunken wrecks and the debris of past conflicts. Some, like wrecked oil tankers, threaten serious environmental damage. Others are a political danger as they’re slowly changing the sensitive marine border between Iraq and Iran, causing shoreline erosion and forming new islands.

Since 1991 the tanker Amuriya has posed a serious threat to the Iraqi coastline. It was sunk during the second Gulf War, when the US led forces against Iraq, following Iraq’s invasion of neighbouring Kuwait. And the tanker still lies a short distance offshore from Iraq’s important port of Basra, loaded with over 100 tons of crude oil.

For years, experts have warned that the tanker is in danger of splitting open and spilling its toxic cargo into the sea here, causing an environmental disaster that would have far reaching consequences in the area.

A lot of international firms have bid to undertake the salvage of the Amuriya. And it is clear that international expertise and equipment will be needed. But according to some observers, the Iraqi government has not responded.

The General Company of Ports of Iraq, or GCPI, has limited means to do this themselves, the organisation’s spokesperson, Anmar al-Safi told NIQASH.

“We have already cleaned up 25 sunken tankers with the equipment available to us but we cannot do much more,” al-Safi said. “We are continuously asking the Iraqi government, its Ministry of Transport, and donor companies to support us in this.”

And the tanker Amuriya is not the only one. The GCPI has surveyed the area and estimates suggest that there are around 36 sunken vessels in the Shatt al-Arab estuary. Then there are around the same amount again in the nearby Khor Abdullah waterway and the ports of Umm Qasr and Khor al-Zubair. Some sank during war, others fell victim to mined waterways and some sank because of collisions in times of peace.