ShaMaran Petroleum has reported initial recognition of reserves as well as updates to estimated contingent resources and prospective resources for the Atrush block as of December 31, 2013.

The reserves and resources estimates were provided by McDaniel & Associates Consultants Ltd., the Company's independent qualified resources evaluator, and were prepared in accordance with standards set out in the Canadian National Instrument NI 51-101 and Canadian Oil and Gas Evaluation Handbook (COGEH).

McDaniel estimates for reserves and resources have taken into account the results of the Atrush-3 well, the latest remapping based on 3D seismic and the commitment to the first phase of Atrush development as defined by the KRG approved field development plan. 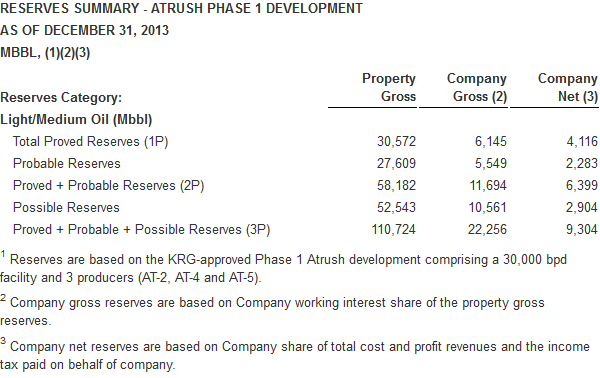 One Response to ShaMaran Announces Reserves and Resources