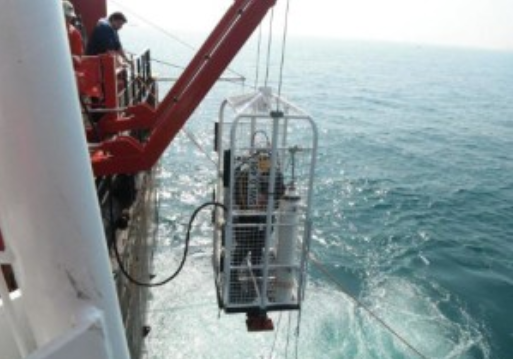 Sterling Global Operations (SGO) has been chosen to provide surface – supplied divers for unexploded ordnance search and removal and salvage operations for the sunken 82,000-ton VLCC (Very Large Crude Carrier) Amuriyah, an Iraqi tanker sunk near Bubiyan Island off the coast of Kuwait in Jan. 1991 during Operation Desert Storm.

“For years SGO has conducted major demining and unexploded ordnance clearance projects in Iraq, Afghanistan, and other countries around the world ... Now we’re doing this important work under the sea, an example of SGO’s versatility and ability.”

Surface-supplied diving means air or breathing gas supplied via an umbilical from a surface vessel.

The VLCC Amuriyah wreck, at an average depth of 33 meters, must be removed because it’s within the tanker turning circle of a future Single Mooring Point (SMP-5) at Iraq’s Al Basrah Oil Terminal, through which 97 percent of Iraq’s crude oil is shipped. The sunken vessel is blocking construction of a vital mooring point for the export of crude oil from SMP-5.

Oil sales make up 95 percent of Iraqi government revenues, so anything – such as a sunken ship – that blocks additional oil exports must be removed.