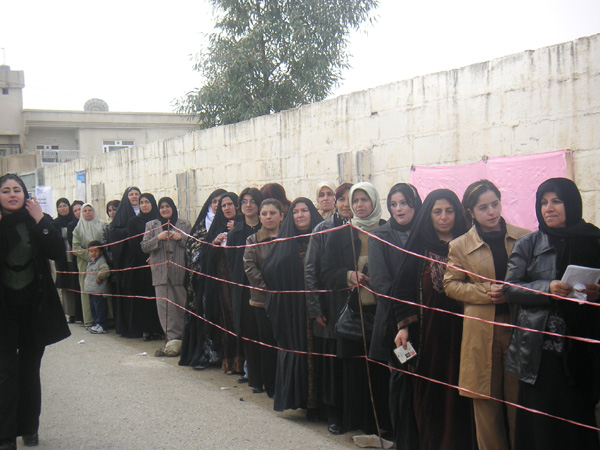 By Rabih Nader for Al-Monitor. Any opinions expressed are those of the author, and do not necessarily reflect the views of Iraq Business News.

According to the Independent High Electoral Commission in Iraq, 22 out of 83 total female members of parliament (out of a total of 328 seats), won their parliamentary seats without relying on the quota system. However, only three out of these 22 women won through independent votes and not through the votes granted to their lists.

Hanan Fatlawi, a candidate from the Babil province for the State of Law Coalition led by Prime Minister Nouri al-Maliki, ranked first among female candidates with 90,781 votes. She also came in seventh place overall and was the only woman listed among the top winners. Most of the rest was occupied by leaders of coalitions, with Maliki at the top with 721,782 votes.

In accordance with the amended Sainte-Lague method, like other coalition leaders, Fatlawi's winning of more votes than needed to secure a seat contributed to the victories of other male candidates on the State of Law list in Babil.

Another candidate for the State of Law Coalition in Diwaniyah, Houda Sajjad Mahmoud, ranked second on the female winners list with 39,691 votes, followed by Najiba Najib, a candidate for the Kurdistan Democratic Party in Dahuk, with 29,486.

Many believe that because women proved able to compete with coalition leaders in terms of votes reflects a change among Iraqi voters, especially after three rounds of elections were held post-2003 in the male-dominated society.

Keeping the Lights on in Baghdad: An Interview with Harry Istepanian
Worst Week in Year for Iraqi Bonds
Tags: elections, Status of Women, Women