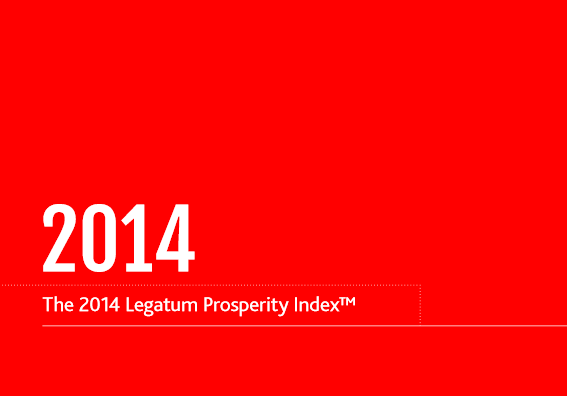 By Editor on 4th November 2014 in Iraq Industry & Trade News

Iraq has risen two places in the Legatum Institute's latest Prosperity Index, ranking in 128th place out of the 142 countries measured.

Norway finishes highest on the annual Prosperity Index for the sixth year in a row and retains its place in 2014 due to its high ranking in the Economy (3rd), Health (5th), Education (5th), Governance (7th), and Personal Freedom (2nd) sub-indices.

Switzerland is ranked 2nd in the Index for the second year in a row while New Zealand has risen from fifth to third since last year. The UK, in 13th place, is the most prosperous of all the leading major EU nations, coming ahead of Germany (14th), France (21st), Spain (26th) and Italy (37th).

The least prosperous countries are predominantly found in sub-Saharan Africa, with the Central African Republic bottom of the rankings, followed by Chad and Congo (DR). The lack of good quality healthcare and personal freedom combined with poor economic performance means that many sub-Saharan countries are ranked close to the bottom of the Index. Sierra Leone – the worst-affected country of the recent Ebola outbreak – is the worst performing country on the Health sub-Index.

“Prosperity is not just about having a strong economy, it is about having great education, healthcare, and freedom to choose among other things. Norway tops our index, helped by its economy but also by strong social values and success in education and health.  New Zealand is the highest climber, helped by a strong economy but also by personal freedom and social capital.

“The Prosperity Index shows that countries that have recovered faster from the financial crash are those where social bonds between people create trust, compassion and tolerance, where individual liberty is protected and where the rule of law is upheld. Germany, the UK and Canada showed strength in these areas, while Italy, Spain and Greece all performed poorly.”