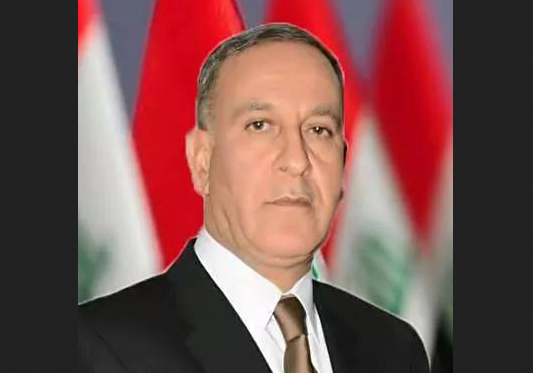 Defense minister Khalid al-Obeidi [al-Obaidi] (pictured) has warned that army generals who abandoned Mosul to the Islamic State in June are currently under investigation, and if found guilty will be sentenced to death.

According to a report from BasNews, the Minister said most of the army generals and commanders in Mosul before the fall have been removed from their positions, with some forced to retire and others under investigation.

He added that Iraq has lost an estimated $27 billion as a result of the fall of Mosul.

Meanwhile, IBT reports that Islamic State terrorists have kidnapped more than 70 relatives of the Defense Minister, and is holding them at its headquarters in Mosul.

15 Responses to Generals Who Abandoned Mosul may be Executed