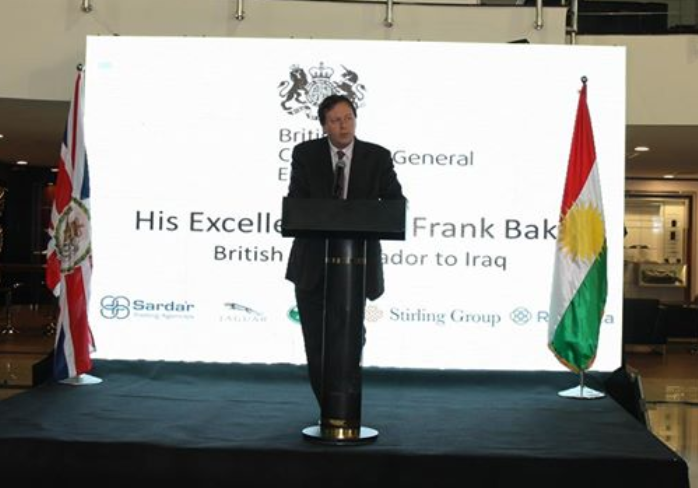 By Editor on 15th December 2014 in Iraq Industry & Trade News

The British Business Group Kurdistan (BBGK) held its launch reception on Wednesday 10th December in the fabulous setting of the Jaguar Land Rover Showroom in Erbil.

The event was attended by business people, members of the diplomatic community and representatives from the Kurdistan Regional Government.

The BBGK was recently established as it was felt there was sufficient momentum in the British business community here to warrant the formation of an independent group of like minded business people to promote British goods and services as well as British-owned companies operating in Kurdistan.

The BBGK provides a forum for networking, problem solving and social activities. In addition to its monthly networking lunch (with a variety of speakers on practical, relevant topics), the BBGK organisers one-off events, often coinciding with visiting trade delegations.

The BBGK also aims to be a touch point for British firms and individuals who are looking at Kurdistan as a potential market and would like to benefit from the experience of business people already operating here. The BBGK has the full support of the British consulate in Kurdistan but is an independent, non-partisan and not-for-profit organisation, run by business people volunteering their services. The BBGK is registered with Ministry of Trade and Industry.

Membership of the BBGK is open to British individuals, British-owned companies and any company that markets British goods and services.

“Now is a tremendously exciting time for the region and we want to show the commitment of our members to the Kurdistan Region.

"We would love to hear from people who are interested in joining so together we can further build the business community.”

The founder committee members are: