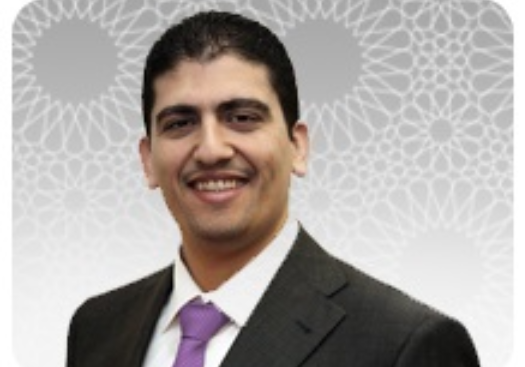 By Editor on 1st April 2015 in Construction & Engineering In Iraq, Iraqi Communications News

Zain Group has announced that Wael Ghanayem, Chief Financial and Operating Officer of Zain Iraq will return to Zain Group to become part of the Group’s executive leadership in implementing its new strategic direction of transforming into an integrated digital mobile operator.

In addition, Mr. Ghanayem will continue to support Zain Iraq, the country’s leading mobile operator, as an advisor to the mobile operator’s Board of Directors.

Furthermore, Samer Musleh (pictured) has been appointed Chief Financial Officer of Zain Iraq, having been promoted from his Director role. All three appointees combined represent many years of experience in the telecom industry, many of these years within Zain Group and Zain Iraq in various roles and responsibilities.

All above mentioned management changes are effective immediately.

“I would like to express my profound gratitude to Wael Ghanayem for the phenomenal work he has undertaken at Zain Iraq over his seven years at the company.

"Through his efforts since joining as CFO in 2008 and then as COO, Zain Iraq has become the leading mobile operator in the country and one of Zain Group’s most profitable operations representing 38% of revenues and 31% of the Group’s customer base at the end of 2014.

"I am confident that the Board of Zain Iraq will benefit from his advisory role and I look forward to welcoming him to a key position within the Zain Group executive team to support our strategic direction.”

“With Mr. Al Charchafchihaving two deputies of the caliber of Philipe Hanna and Dr. Haidar Radi as well as an astute financial performer in Samer Musleh, will ensure the future growth and ongoing success of the operation taking into consideration the exciting, yet challenging times ahead as Zain Iraq works towards undertaking an IPO and as it expands the network and rolls-out 3G services across the country.”

To date, Zain has invested in excess of US$ 5 billion in the development of its network and rollout of mobile services in Iraq.

At the end of 2014, the operation in Iraq served 13.8 million customers and recently launched 3G services across the country following its acquisition of required spectrum at a license fee of US$ 307 million.

The operator has a total of 4,076 network sites, covering 98% of the population and employs in excess of 3,000 Iraqi nationals.