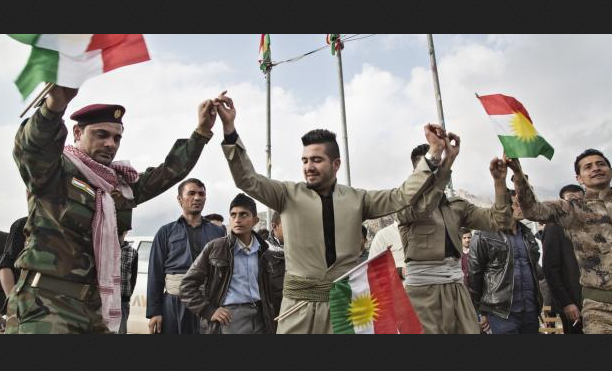 Fighting About Religion and Power: Will Iraqi Kurdistan Ever Get It's New Constitution?

Iraqi Kurdistan is now working on re-drafting its Constitution. It would define the region and give it legitimacy. But there are some major issues to overcome before the process can go any further.

In April, the Parliament in northern Iraqi kurdistan decided that the Constitution of the semi-autonomous region should be re-drafted. When this decision was made, a committee was formed to re-draft the seminal laws and to hold a referendum on it within 90 days.

That process is now underway. A committee – the Constitution Drafting Committee - was created in late May with 21 members, all of whom represent a variety of political interests in Iraqi Kurdistan.

However it quickly became clear that the birth of the new Iraqi Kurdish Constitution would not be an easy one. When it comes to matters of national importance, Iraq's Kurds tend to focus on their shared ethnicity. However when it comes to more regional matters, like a new Constitution, each political party involved has its own agenda. And as the work to re-draft the Constitution goes on, it is becoming apparent that each of the parties want to leave a mark upon it.

And there are several areas that require work before Iraqi Kurdistan can go further with the new Constitution.

The political parties with an Islamic bent are focussed on parts of the legislation that make Islamic religious law, or Sharia law, the basis of the region's legal system.

On June 28, members of the Constitution Drafting Committee met with the Kurdistan Clerics' Federation. “Religion is very important because the Constitution covers all aspects of society,” a senior member of the group, Jafar al-Kawani, told NIQASH. “Given that the majority of this society is Muslim, the issue of religion and co-existence between religions should be mentioned clearly in the Constitution.”