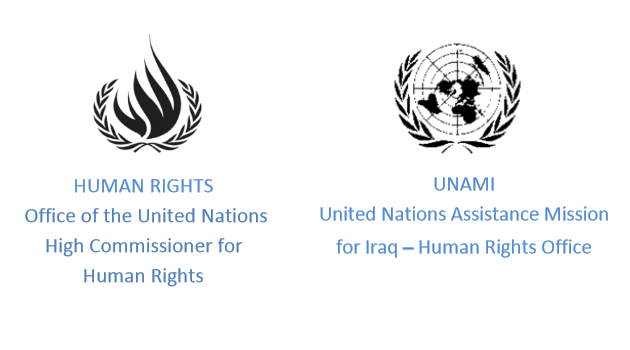 A UN report released on Monday shows that the conflict in Iraq continues to take a terrible toll on civilians, with at least 15,000 killed and 30,000 injured since January 2014. Widespread human rights violations and massive displacement continue unabated throughout the country.

The report, compiled by the UN Assistance Mission for Iraq (UNAMI) and the Office of the High Commissioner for Human Rights (OHCHR), covers the period from 11 December 2014 to 30 April 2015. It is based on investigations on the ground and testimonies from victims and witnesses, including internally displaced people.

The report shows that the situation of civilians in areas under the control of the so-called Islamic State in Iraq and the Levant (ISIL) remains dire. “Civilians continued to be murdered, often in grim public spectacles,” it says.

Those perceived to be opposed to ISIL ideology or affiliated with the Iraqi Government or its security forces have been systematically, abducted, killed or targeted in other ways. Journalists, lawyers and doctors have also been specifically targeted, the report says.

Members of ethnic and religious communities under ISIL control continue to be persecuted. As many as 3,500 members of the Yezidi community remain in ISIL captivity, enduring physical and sexual violence as well as degrading treatment on a daily basis.

“These acts appear to form part of an on-going policy that aims to suppress, permanently expel, or destroy many of these communities within ISIL areas of control,” the UN report says.

Reports also indicate that, in ISIL-controlled areas, people are being persecuted on the basis of their perceived sexual orientation. On 8 March, ISIL beheaded two individuals accused of homosexuality and a third for blasphemy in the Bab al-Toob area of Mosul.