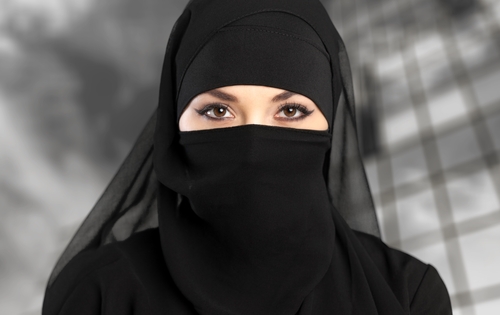 By Editor on 30th August 2015 in Politics, Security

To veil or not to veil: Iraqi women face scrutiny over their choices

The Najaf Nationality Directorate, south of Baghdad, refused to grant a travel permit to civil activist and Iraqi citizen Intisar Alyawi al-Mayali July 5 because she appeared unveiled in the photo attached to her passport.

This incident sparked outrage and highlighted once again the conflict between secularists and the conservative current typified by Islamist groups.

Civil activist Intisar Yassin commented on the incident to Al-Monitor, “Not granting an unveiled woman a passport is a violation of human rights by a staff member who ignores the law and constitution when processing the citizens’ files.”

One of the main conflicts between secularists and Islamists revolves around the civil and intellectual identity of Iraqi women. There is an enormous contrast in stances on women’s rights in Iraq.

Although secularists point out that the Iraqi Constitution guarantees the civil rights of all citizens, Islamists have no trouble finding religious, social and moral pretexts to justify their viewpoint and actions. This conflict clearly reveals the political balance of power tipping to the Islamists’ side.

Secularists made up a large group of the civilians who protested Aug. 7 all over Iraq​, calling for reform.

Sadr al-Din al-Qabbanji, the Friday prayer imam of Najaf, accused the protesters of waging “a campaign to return to secular rule in Iraq and a quest to topple political Islam.”

The skirmishes between Islamists and secularists did not arise overnight. They have a long history and have become a part of daily life in Iraq, where unveiled women are not rare. They are harassed and pressured to wear the veil that is part of traditional Islamic dress.