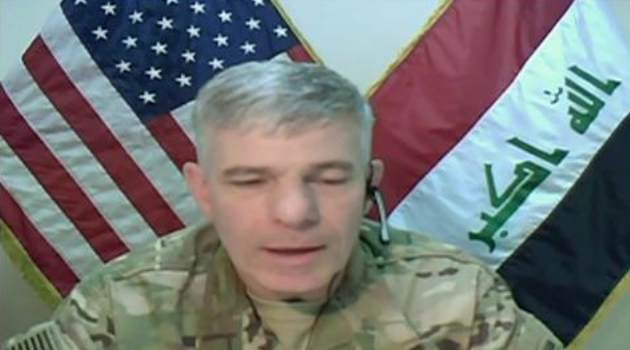 The Islamic State group (IS, ISIS, ISIL, Daesh) has lost 40 percent of the territory it once controlled in Iraq, a spokesman for the US-led coalition has said.

BBC News quotes Col Steve Warren (pictured) as saying that IS was "on the defensive", and had "not gained one inch in Iraq since May".

But despite the losses, IS has continued to launch counter-offensives, and has shifted its focus to Haditha after losing control of Ramadi last week.

Warren denied claims by IS that it had captured the towns of Barwana and Sakran, near Haditha.