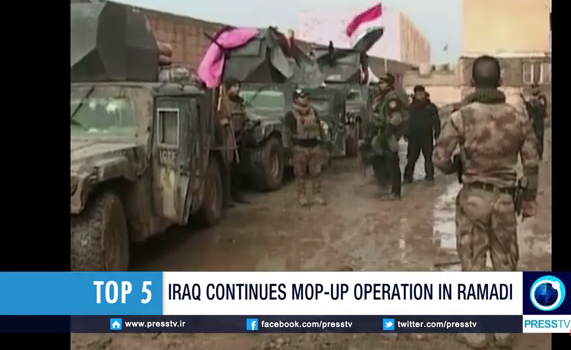 From Iran's PressTV. Any opinions expressed are those of the authors, and do not necessarily reflect the views of Iraq Business News.

Iraqi forces took control of Ramadi a week ago and they’re now fighting small pockets of terrorists in an effort to fully liberate the capital of Anbar province.

Government troops have repelled last-ditch strikes by the terrorists and defused bombs and booby traps planted across the city.

They’ve tightened the noose around the terrorists and captured dozens who were trying to flee Ramadi by blending in with civilians: