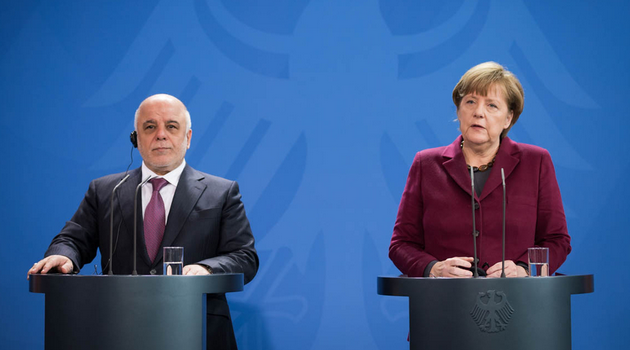 Germany has agreed to lend 500 million-euros ($566 million) to Iraq to help rebuild the country's infrastructure.

At a meeting with Iraqi Prime Minister Haider al-Abadi in Berlin, Chancellor Angela Merkel said Germany also wants to help with the demining of cities and towns in Iraq so that the country's 3 million internally displaced people (IDPs) can return to their homes.

One Response to Germany to Lend Iraq $566m