By Editor on 4th March 2016 in Construction & Engineering In Iraq

Genel Energy has announces its audited results for the year ended 31 December 2015, in which it declared its biggest-ever annual loss of $1.16 billion: 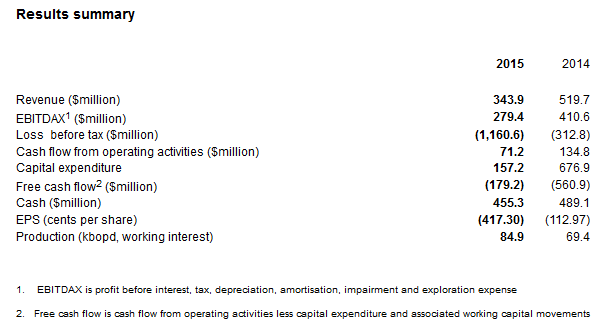 "We recognise and share the disappointment of the recent Taq Taq reserves update. Both Taq Taq and Tawke remain low-cost oil fields by any global benchmark. The fields are set to be significantly cash generative going forward, with a discretionary investment programme aiming to maximise the value of the remaining reserves.

"The instigation of the new payment mechanism by the KRG Ministry of Natural Resources in February 2016 provided clarity over the timing and quantum of our monthly receipts for export payments, recognising our receivable and putting in place the process through which it will be recovered.

"We are now starting to make real progress in the development planning for our KRI gas business. It remains a unique opportunity underpinned by a government signed gas sales agreement."