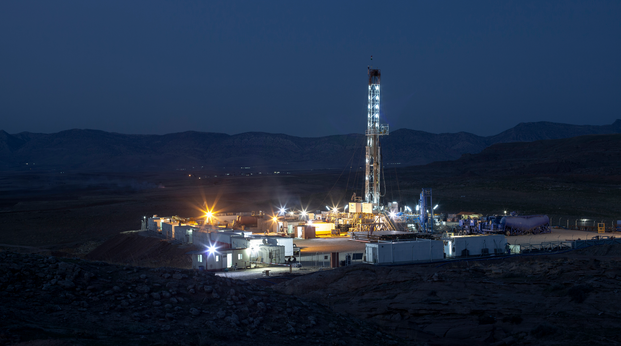 Genel Energy has set out details of the payments made to governments for the year ended 31 December 2015, as required under the Disclosure and Transparency Rules of the UK Financial Conduct Authority.

The DTRs require companies in the UK and operating in the extractive sector to publicly disclose payments made to governments in the countries where they undertake exploration, prospection, development and extraction of oil and natural gas deposits or other materials.

These are fees and other sums paid as consideration for acquiring a licence for gaining access to an area where activities are performed.

These are payments that relate to the construction of infrastructure not substantially dedicated for the use of extractive activities. Payments that are social in nature are excluded. 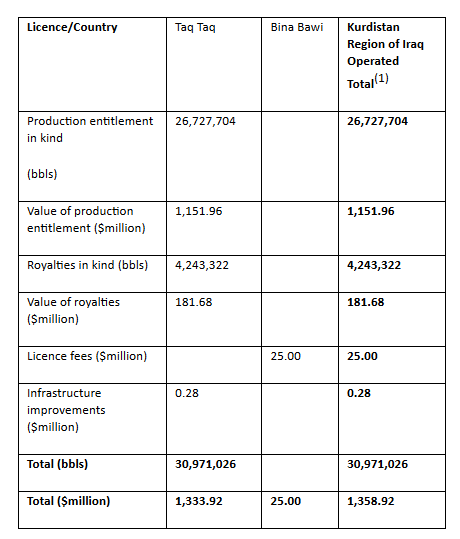 (1) Under the lifting arrangements implemented by the KRG, the KRG takes title to crude at the wellhead and then transports it to Ceyhan in Turkey by pipeline.  The crude is then sold by the KRG into the international market.  All proceeds of sale are received by or on behalf of the KRG, out of which the KRG then makes payment for cost and profit oil in accordance with the PSC to Genel, in exchange for the crude delivered to the KRG. Under these arrangements, payments are in fact made by or on behalf of the KRG to Genel, rather than by Genel to the KRG. For the purposes of the reporting requirements under the Regulations however, we are required to characterise the value of the KRG's entitlement under the PSC (for which they receive payment directly from the market) as a payment made to the KRG.