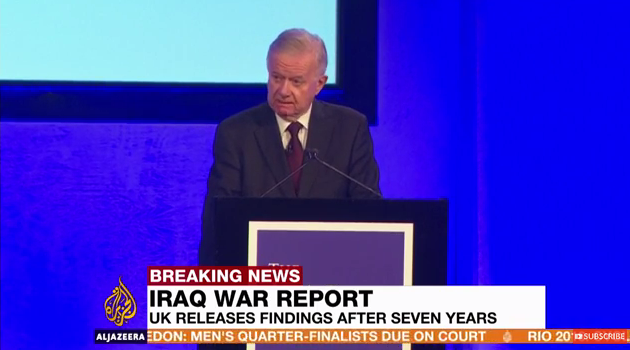 Seven years in the making in fact, the Chilcot report criticises Britain's involvement in the 2003 US-led invasion of Iraq.

The inquiry into Britain's role finds the consequences of the decision to invade Iraq were underestimated.