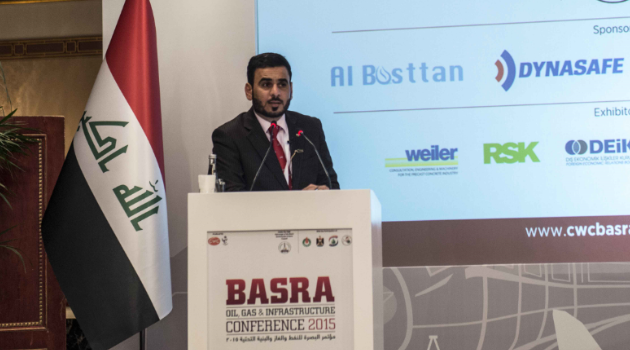 CWC’s third Basra Oil, Gas and Infrastructure Conference will take place this year in Beirut, Lebanon on 24-25 of October 2016.

In a pre-conference interview with the Chairman of the Oil and Gas Committee of Basra Council, Mr Ali Fares outlined the most important issues that the Basra delegation will focus on during the conference, the challenges facing the province and ways to improve the circumstances.

“After our continuous efforts to find job opportunities for the people of the Basra Governorate, particularly the young people who live close to the oil fields, we were shocked by the conditions the oil companies impose on the young workers who lack the skills required. In addition to asking the local workforce for international certificates, this allows the companies to import foreign workforce… at the Council of the Governorate we worked on a legislation called Investment in Human Resources and Job Management number 302 to train and prepare the young people who are in search of work.

"We had the approval from the Ministry of Oil to allocate 30% of the Social Benefits to train the young people. The first step is already underway to train 120 young people, teaching them vocational jobs to enable them to work for the oil companies.”

Iraq’s Ministry of Oil obtained a $2.1 billion loan from Japan for the rehabilitation of the Basra Oil Refinery in a bid to increase production capacity. Highlighting the importance of the loan, Mr Fares, who is also a law specialist said that a number of strategic and important projects have been agreed to including the hydrogenation of gasoil with the capacity of 20,000 barrels per day (bpd) as well as a cracking unit using GCC – the largest of its kind among the refinery projects.