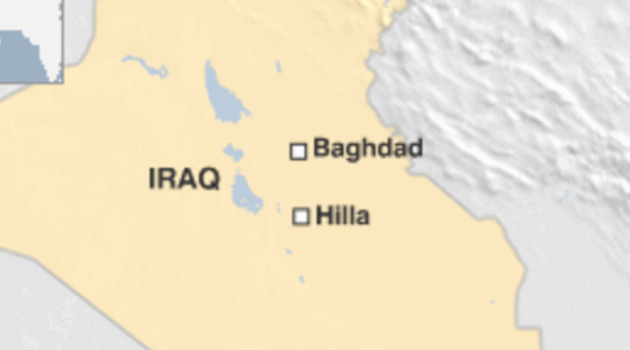 A suicide truck bomb has killed more than 80 people, most of them Iranian Shia pilgrims, in the city of Hilla, 60 miles (100km) south of Baghdad.

The Islamic State group (IS, ISIS, ISIL, Daesh) has claimed responsibility for the attack.

The pilgrims were on their way back to Iran from the holy city of Karbala, where they had been commemorating Arbaeen.

Al Jazeera says the attack involved a rigged petrol tanker which was parked near a petrol station with an adjacent restaurant popular with travellers.

The death toll is expected to rise.