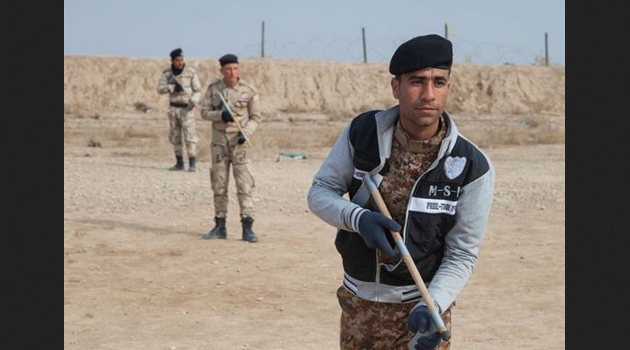 Speaking with reporters, Davis said ISIL fighters are moving to Mosul’s north bank of the Tigris River to cross the waterway by boat to reach western Mosul.

“I can tell you it’s a great day not to be a member of the ISIL navy,” the spokesman said. “We destroyed another 10 boats on the Tigris River today for 143 boats total. Our message to ISIL is: ‘We will not allow you to get away to the other side of the river and set up shop there.’”

Another significant Iraqi security force operation underway in the region is Operation Desert Leopard, Davis said, where the Iraqis are working very methodically by starting in Ramadi and going up the Euphrates River Valley to Haditha, while clearing the area.

“It’s been a good operation that’s driving ISIL back,” he said.

In Yemen, the United States conducted airstrikes from Jan. 20 to 22 in al-Bayda against al-Qa-da in the Arabian Peninsula operatives, killing five al-Qaida members in three days, Davis said.

“AQAP remains a significant threat to the region and the United States,” he said.

“Al-Qaida’s presence has a destabilizing effect on Yemen [in addition to] its using the unrest there to provide a haven from which to plan future attacks against the United States and other interests,” the spokesman said.

“We will continue to degrade, disrupt and destroy al-Qaida and its remnants, and we remain committed to defeating AQAP and denying it safe havens regardless of its locations,” Davis said.

The strikes conducted by the United States continue to diminish AQAP’s presence in the region, the spokesman said.