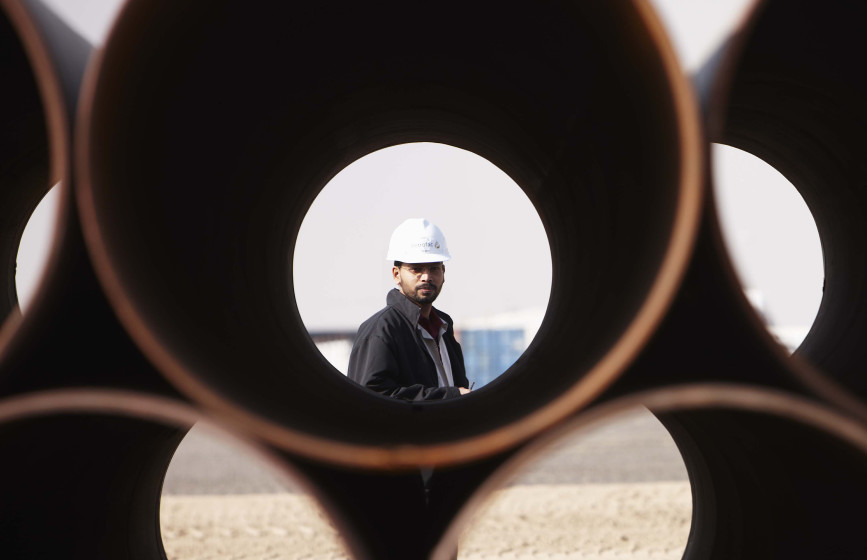 Back to the future.  The restoration of Iraq and British expertise.

Iraq has been in the news for a generation and our perceptions have been coloured by conflict and the near destruction of the Middle East’s most wealthy and civilised country. In the 1970’s Iraq was not only a secular and relatively harmonious multi-cultural society, but highly educated, enormously wealthy and a centre for cultural tourism.

While the media is focussed on the awful impact of IS, and the conflict in Mosul is still raging, it’s fair to say large swathes of the country, especially the South, have been free from conflict and are relatively peaceful. Indeed, the conduct and effectiveness of the Iraqi army has given hope to a peaceful aftermath in Mosul and Anbar province, with prospects for an end to IS and reconciliation with the Sunni groups in the west.

Today, similar conditions exist for a return to that wealth and civilisation- as the country comes together, Daesh are being seen off, the oil price is rising, the IMF and ISF are loaning the country $14bn for infrastructure, and educated expat entrepreneurs are beginning to return home with investment and know how.

Now that the UK is going global we should consider Iraq a strong business opportunity. Iraq is open for Investment, from the most basic Infrastructure: roads, rail, ports, airports and water, to new private housing, schools and universities, with Iraq’s abundant energy, oil, gas and petrochemical industries, to professional services and cultural tourism. Iraq is effectively virgin territory for investors, construction and professional and telco and cultural tourism services alike - in fact, all the things the UK excels in.

The picture for British industry is even stronger when we recognise British companies already play a leading role in the business ecology: Shell and BP are key players in the economy and offer an umbrella for British engineering companies; Eversheds, EY and PWC provide legal and accountancy services to our companies and Standard Chartered are there to service our finances.

The Iraq Britain Business Council (IBBC) with its long term and trusted relationships in senior government circles can also guide and assist members on political issues and through its extended membership there is a wealth of knowledge to assist new members in doing business in Iraq.

Tawfiq Tabbaa, Managing Partner of Eversheds Iraq, has seen a 25 percent increase in business, and the prospects of acceleration as international business moves back to Iraq, including a budegoning tech sector and a requirement for professional services to service international and local companies.

"To the casual observer, any headlines relating to Iraq will be dominated by the ongoing defeat of Daesh and the associated albeit complex security picture. A closer look, however, reveals a country that has started a huge transformation. With significant financing available for huge infrastructure projects and many recognised organisations already embedded in their design and delivery the economic and commercial potential of this market is clearly shifting quickly."

"The Iraqi economy is recovering and is projected to grow at 7 percent in the next few years, one of the highest growth rates in the world, this also applies on the GDP per capita and the contribution of non-oil revenue to the GDP of the country. The growth is mainly driven by the increased production of oil, inflow of FDI, structural reforms by the government and implementation of the IMF terms.

"GE just signed several new contracts worth a total of $1.4 billion with the Iraqi Ministry of Electricity to add a further 2,000 MW via gas turbines, that drastically increases supply to Iraq’s grid. Thanks to GE’s global reach and relationships with various financing institutions and export credit agencies, GE also has been able to set up some $2 billion in credit to support the projects. This will enable the Iraqi government to improve its power supply without short-circuiting its finances."

As if that is not bright enough the Chinese intend to bring the New Silk road (OBOR) and its investment train through northern Iraq to provide access to China and the West, for Iraq’s petrochemical industries. And the Iraqis are surprisingly loyal to the UK.

So we see an immediate future where Iraq begins to re-take its place in the league of wealthier nations, keen to expand consumer and professional services, fuelled by oil and petrochemical wealth and servicing an educated and capable population with a government willing to reform and invest.

It’s time to go back to the future and back to Iraq with British expertise and investment.

Ashley Goodall is a consultant at the Iraq Britain Business Council (IBBC).

2 Responses to Back to the Future: The Restoration of Iraq, and British Expertise