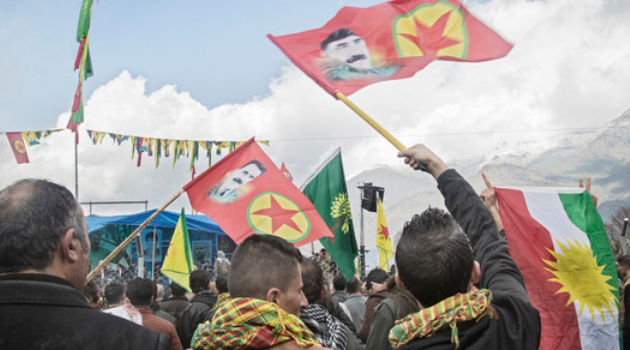 He also complained that the PKK’s presence here made them all targets for the Turkish. “If the PKK was not here, then we wouldn’t have to deal with all this damage. There are many here who support the PKK though and they have a different opinion to me.”

While they tolerate it, some of the authorities in Iraqi Kurdistan are not particularly happy about the PKK being in control here either.

“Their presence here is neither legal nor constitutional,” Nazim Kabir Harki, vice-chairman of Iraqi Kurdistan’s regional committee of the interior and a member of the Kurdistan Democratic Party, told NIQASH. “The constitution states that no forces other than the Iraqi Kurdish military should be present in this region. The presence of the PKK is a clear violation.”

Last month there were clashes between the PKK and forces affiliated with Harki’s political party. These saw the Iraqi Kurdish forces coming closer to the Qandil area, even though Harki ruled out further fighting between the two groups.

“The PKK is fully prepared to face any attacks, whether from inside Iraqi Kurdistan or outside,” Varto noted defiantly.

To observers though, it seems clear: After all these years, it is highly unlikely the PKK will be going anywhere – the Kurdish region within the region will remain.