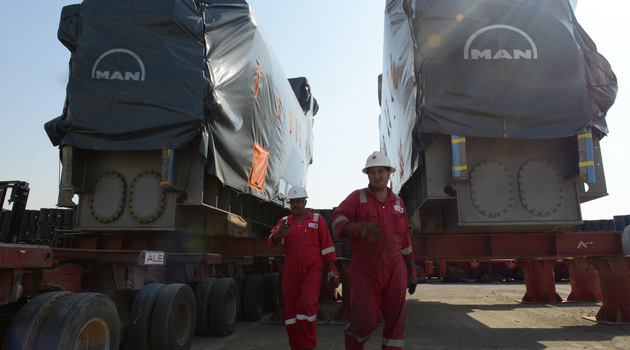 By Editor on 1st June 2017 in Construction & Engineering In Iraq

CGGC is taking on the role of EPC contractor (engineering, procurement, construction) in the building of a 50 MW captive power plant for a cement factory, which will be operated by the Iraqi producer Kairat Al Abar Iraqi co. (KAAI). The engines will run on heavy fuel oil (HFO) in base load mode.

Overall EPC for the cement factory is the Chinese company Sinoma (Suzhou) Construction Co., Ltd. Both Sinoma and CGGC are state-owned Chinese corporations, which operate as EPC contractors on a global scale.

Samawah has a population of around 150,000 and is located on the River Euphrates half way between Baghdad and the Persian Gulf. A mere 100 mm of rain falls over the course of a year and temperatures reach a peak of over 40 °C from June to September. The high temperatures mean demanding fringe conditions for power supplies for industrial processes.

As a country, Iraq has the fifth largest oil reserves and the second largest natural gas reserves in the world. Nevertheless, many places there experience regular power shortages. The unstable security situation and complex import requirements make it a great challenge to develop the infrastructure.