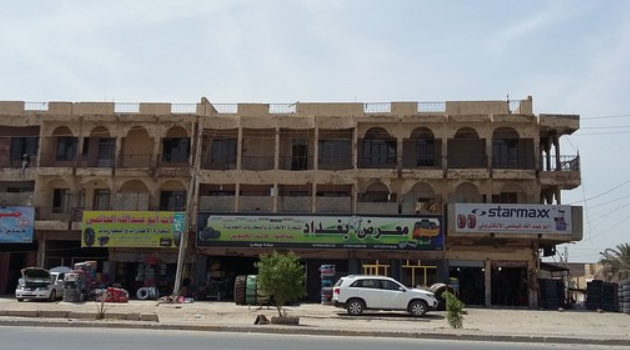 Extremists took over Fallujah’s major industrial zone to make bombs. Now the all-important business area is to re-open – but under less than ideal conditions, locals complain.

However like much of the city of Fallujah itself, the industrial zone was also affected by the presence of the extremist group known as the Islamic State, who controlled the mostly-Sunni Muslim populated city for months. Locals have started to return to Fallujah but life there is still far from easy and damage is widespread.

Recently though the local government announced that the industrial zone would re-open. For more than a month now, owners of some of the larger buildings and factories in the industrial zone have been meeting to organise their return to this area and to work out who may return to work here, and how.

Local officials added to this by saying that a large security barrier would be built around the whole of the industrial area. And, they added, the cost of building the fence should be borne by local businesses and factories. Every businessperson who intends to return to their work in the industrial zone must contribute between IQD100,000 (US$84) and IQD300,000 (US$252).

“When the government announced that they would re-open the industrial district we were told we should close our temporary premises and move back,” says Ahmad al-Issawi, 50, a local blacksmith who had opened some temporary premises in the central city while things were getting back to normal.