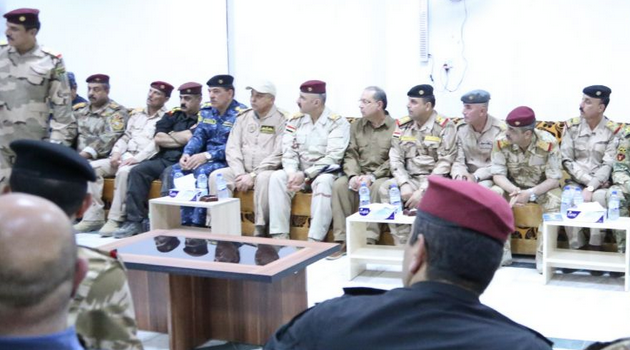 Abadi’s office said he was visiting ‘liberated’ Mosul to congratulate Iraq’s ‘heroic fighters’ but the premier later indicated he would only declare final victory once final few pockets of resistance were cleared.

His office said Abadi met commanders in Mosul and issued a series of orders on eliminating the remnants of IS in the city, as well as establishing security and stability in the coming days and weeks.

While Abadi’s ‘official announcement’ is yet to take place, victory parades were already reported in Baghdad and parts of Mosul.

Celebrations are likely to continue throughout Iraq in the coming days. Multiple media sources report that 50-100 IS militants from the remain in a small pocket of Old Mosul (approximately two blocks) along the banks of the Tigris, and sporadic violence is expected to continue over the coming days.

Local media sources have reported that as the battle draws to an end, the humanitarian crisis in Mosul is worsening, and numerous cases of malnutrition and psychological trauma have been reported among residents.

Approximately half of the population remains displaced, although tens of thousands of people are likely to return to the city in the near future, putting pressure on the Iraqi government and NGOs to begin immediate reconstruction of the city.

The UN has estimated that it will cost at least $1 billion alone to repair basic infrastructure in the city.