At its meeting in Manila, the Philippines, the Extractive Industries Transparency Initiative (EITI) Board commended Iraq’s efforts to bring transparency to its oil exports and encouraged the Government of Iraq to make progress on a number of other aspects of the sector.

While recognising the difficulties under which Iraq was implementing the EITI, the EITI Board concluded that additional work was needed to demonstrate adequate progress across the sector in implementing its Standard.

As a result, the EITI Board concluded that Iraq had made inadequate progress overall. Iraq will have 18 months to carry out corrective actions and will be temporarily suspended in the meantime.

Iraq – “potential has yet to be fulfilled”

Efforts to bring transparency to the state’s oil exports, which account for over 90% of budget revenue, have made Iraq a frontrunner in shaping the EITI Standard globally. Iraq was the first country in the EITI to reconcile oil sales on a cargo-by-cargo basis and remains one of the few EITI countries to do so.

Iraq’s publication of information on physical crude oil flows in the domestic market, including supplies to refineries and power generators, is unique in the region. Continued efforts are particularly noteworthy given the security situation in the country over the last decade and the broader political and regional circumstances.

In making its decision, the EITI Board noted that the Iraqi Federal Government will need to lead efforts to extend the transparency that it has brought to its oil sales to the rest of the sector. “Although there is strong potential for the EITI to have a positive impact in the governance of Iraq’s oil and gas sector”, the Board concluded, “this potential has yet to be fulfilled”.

“Iraq has, in many ways, been a regional pioneer in implementing the EITI Standard. We have seen some progress, although there are still challenges that remain to be addressed. Government engagement will be necessary to generate reform and open up the sector.”

Moving beyond reconciliation of oil sales

The initial findings and stakeholder consultations that underpin the EITI Board’s decision show that Iraq has struggled to move beyond the reconciliation of oil sales to explain the broader picture in which these payments are made.

“The EITI has provided a platform for discussions among stakeholders that does not otherwise exist in Iraq, and has generated important debates. It is now time for the EITI in Iraq to build on the progress done on oil sales transparency to bring clarity to the whole of the sector.” 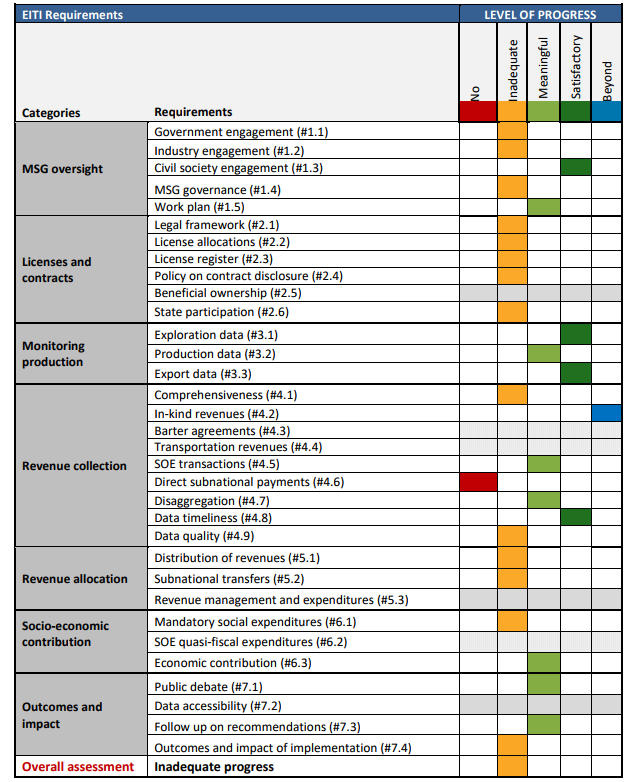 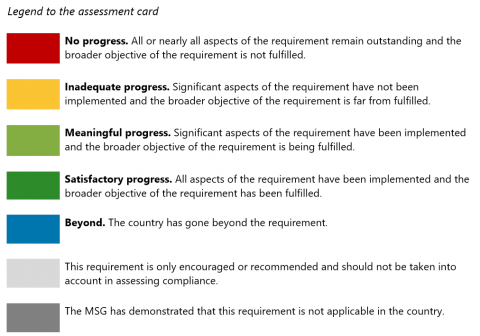