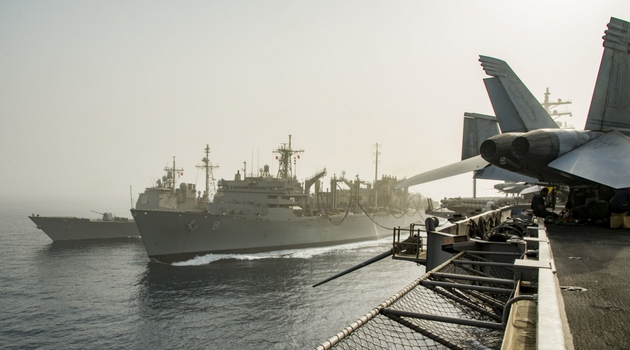 More than 1,500 square miles of formerly ISIS-held territory has been liberated since the beginning of operations in September, Dillon said from Baghdad during a teleconference with reporters in the Pentagon.

“The coalition continues supporting our Syrian partners through surveillance and combat advice, as well as more than 40 precision strikes in the past week targeting ISIS fighters, weapons, logistics and command nodes,” Dillon said.

He added, “We will continue to deprive ISIS remnants of their resources in safe havens and continue our defeat-ISIS mission so long as they pose a threat.”

The fielding and training of police and security forces such as the Raqqa Internal Security Force “will grow in importance as ISIS’ conventional force continues to face defeat and reverts to its terrorist roots,” Dillon said.

“The coalition will continue to support our partners’ needs for effective forces tailored to meet the needs of the Syrian and Iraqi people,” he added.

As war debris is carefully cleared, residents can begin to return home, the spokesman said. This week with coalition-enabled efforts, nearly 8,000 civilians were returned to their homes in Meshlib, Syria, after the SDF declared the area clear, he added.

Additionally, the inclusive and locally governed Raqqa Civil Council has led the way in public health, safety, economic and educational efforts in the area, with ongoing support from the coalition, Dillon said.