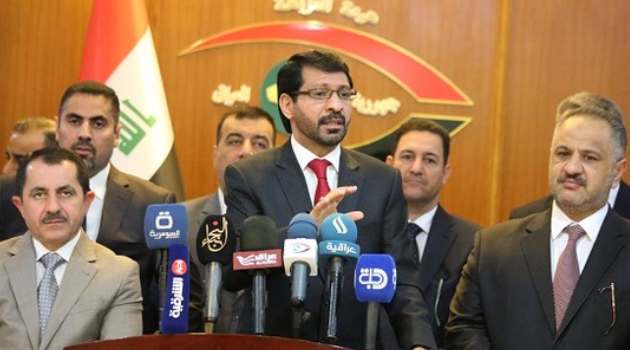 Every day new anti-corruption cases are announced in Iraq's new "war on corruption". Yet they achieve virtually nothing. This may well be a war that nobody in Iraq can win.

Last week the Iraqi prime minister, Haidar al-Abadi, said that now that the war against the extremist group known as the Islamic State had been won, that a new war should be fought – and this one would be against corruption.

Last year the advocacy organisation Transparency International says that Iraq was the 166th most corrupt country in the world out of 176. And corruption of all kinds has been a problem in the country for decades. It’s almost a way of life here. So this will be far from an easy fight. In fact, it may prove to be more difficult than the fight against the Islamic State group.

Iraqi politics functions according to a kind of unofficial sectarian quota system that was established after the 2003 US-led invasion of Iraq that toppled Saddam Hussein’s regime.  In order to avoid sectarian infighting among politicians, US administrators thought it best to split the most important positions in Iraq’s new Parliament between the three major ethnic and sectarian groups in the country; that is, the Sunni Muslims, Shiite Muslims and Iraqi Kurdish.

Over time though, many analysts believe this practice has come to hamper Iraqi democracy, with leaders being picked for their sect or ethnicity, rather than on merit.

And the system is far more problematic than that. In reality, it is based on two further principles: How much power each appointment gives to the person who gets the job, and therefore how much money the appointment can generate.

Every party in the Iraqi government today also has what is known as an “economics office”, a bureau tasked with raising funds for the political party using the government jobs held by the members themselves. According to insiders, who cannot be named for security reasons, these offices coordinate making deals and signing contracts behind the scenes so that investments and kickbacks are shared with the political party itself.