In May of this year, we reported claims that Iraq’s anti-corruption bodies were investigating the contract to operate the duty-free shops at Baghdad and Basra airports, following reports of corruption from Al-Ahad TV.

According to a new report from Al-Ahad TV, and to documents recently received by Iraq Business News (see below), the Iraqi Parliament has recently written to the Minister of Transport asking him to appear in parliament to answer questions in relation to a varitety of matters, including apparent irregularities in the extention of the contracts with Iraq Duty Free, which is owned by Financial Links.

The report alleges that the provision of 5 busses, 200 passenger trollies and other items to the Iraqi Civil Aviation Authority (ICAA) amounts to bribery and corruption, contrary to Iraqi Law.

The Parliamentary Anti-Corruption Bureau has also written to the Inspector General for the Ministry of Transport asking him to investigate the contract. 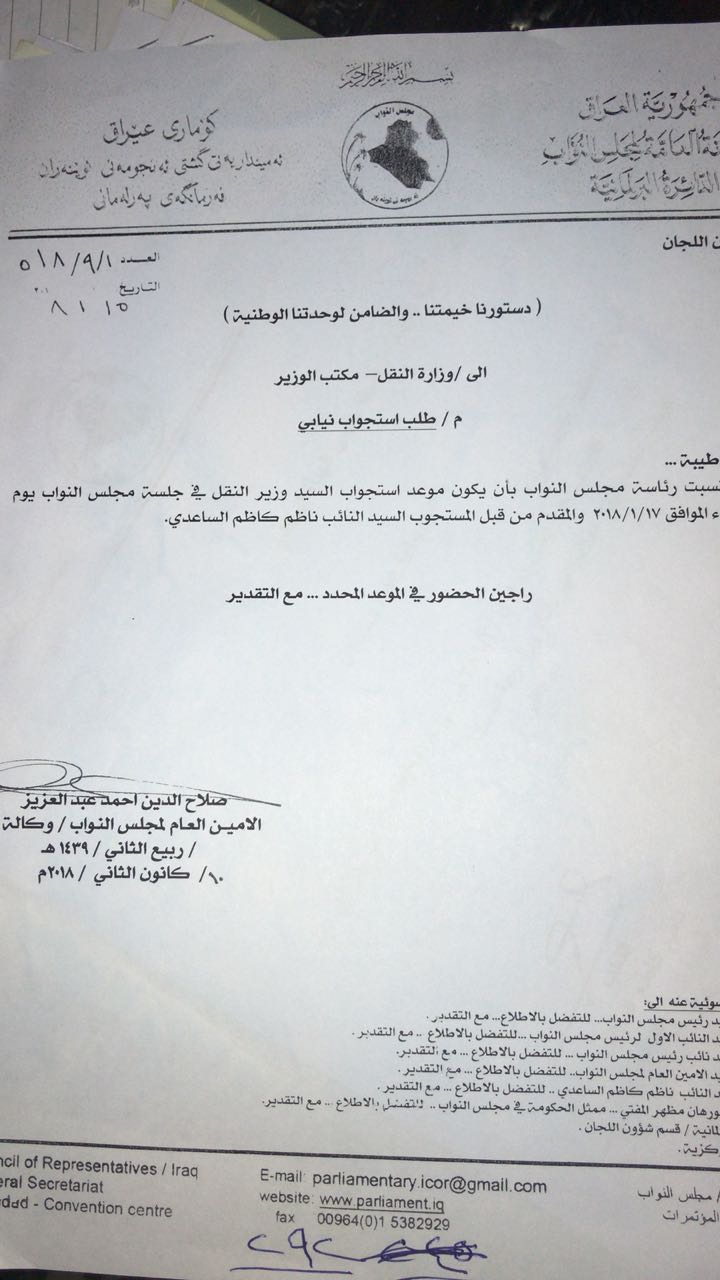 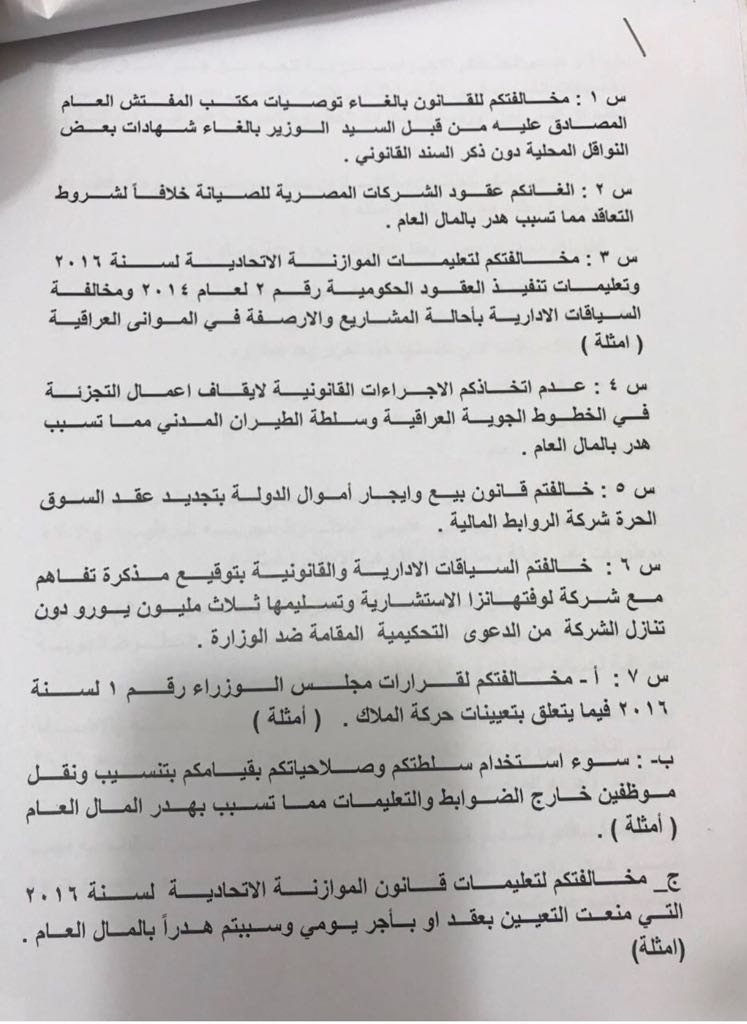 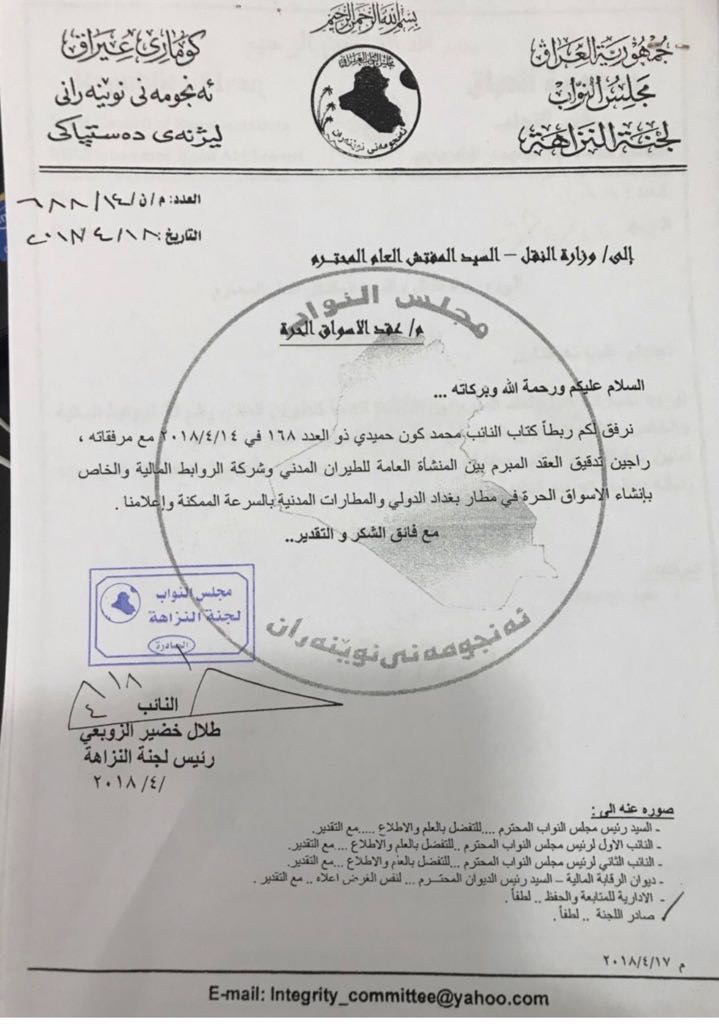