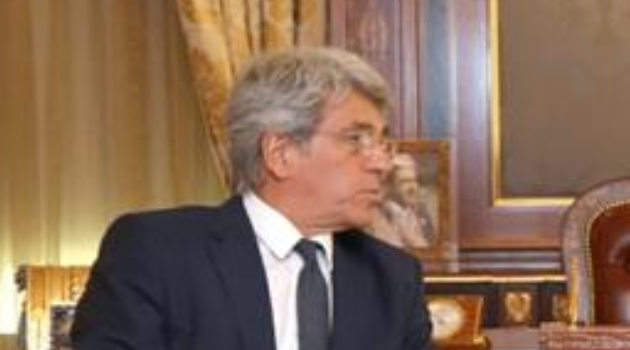 The United Nations Mine Action Service (UNMAS) has welcomed an additional contribution of EUR 600,000 (approximately USD 670,000) from the Government of France dedicated to explosive hazard management activities that aim at enabling returns in retaken areas of Iraq.

The presence of explosive hazards, including improvised explosive devices in areas retaken from the Islamic State in Iraq and the Levant (ISIL), also known as Daesh, will continue to impede security and stability efforts until they are cleared and rendered safe.

Explosive hazards are not only blocking reconstruction efforts in retaken areas but also deterring people from returning home, particularly in areas affected by intense or prolonged military action. More than 1.4 million civilians are still displaced in Iraq due to the recent conflict and unsafe conditions to allow their return.

The Government of Iraq maintains explosive hazard management capacities within a number of government entities and established mine action authorities, though the demand for assistance exceeds the resources available.

With this additional contribution from the Government of France, UNMAS will further develop a nationally-led response to the threat of explosive hazards, including the provision of explosive hazard management in areas prioritized for stabilization and humanitarian response, technical advice to national and regional authorities as well as risk education.

All projects implemented by UNMAS Iraq are gender mainstreamed and promote gender equality. Among other measures, the programme introduced in 2019 mixed search and clearance teams in Sinjar. This initiative is a step closer to empowering women in mine action and is facilitated by the government of France.

Commenting on the contribution, the French Ambassador to Iraq, Bruno Aubert (pictured), said:

"France considers the clearance of retaken areas as a priority to ensure that the right conditions are in place for displaced persons to return home. We want to renew our commitment to the Iraqi population regarding this essential matter and support the excellent work of UNMAS in Iraq."

“France is supporting explosive hazard management activities conducted by UNMAS Iraq for the second year. Clearance is still a critical step before any rehabilitation work can take place, and enables the safe, dignified and voluntary return of displaced communities. Such outcomes are only possible thanks to the generous contributions of donor countries and UNMAS Iraq is very grateful for the support provided by the Government of France.”