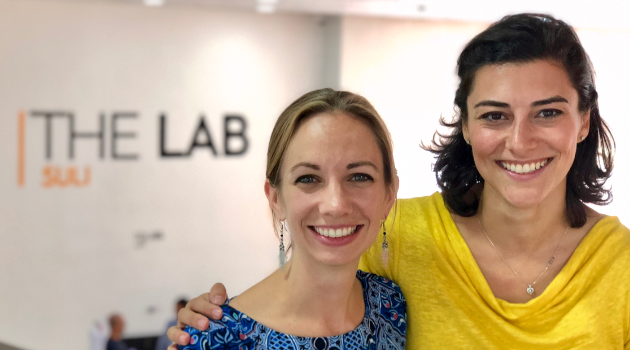 By Alice Bosley and Patricia Letayf, Co-Founders of Five One Labs.

In October 2019 Five One Labs hosted its second delegation of regional and international investors to the Kurdistan Region to expand understanding of the Iraqi business environment and startup ecosystem; to build bridges between international and Iraq business communities; and to expose local entrepreneurs to global best practices.

Through conversations with both early- and growth-stage entrepreneurs and discussions with local businesses and government representatives, the group of 17 investors received first-hand information about the business environment and entrepreneurship ecosystem on the ground in Iraq.

We spoke with the investors from the trip and had conversations with Yadgar Merani, co-founder of Lezzoo, and Laura Olivier, Executive Director of Iraq Tech Ventures, to dive into key challenges and opportunities for investment in Iraq, from the investor and entrepreneur perspectives.

Iraq's lack of market data and challenging regulatory environment make it hard for investors and entrepreneurs to agree on the level of risk and opportunity.

According to Merani, one of the main challenges Lezzoo faced when speaking to investors outside of Iraq was convincing them of the country’s market size and providing them with accurate answers to specific market-sizing questions. Obtaining accurate estimates of the market is of course important for investors as it impacts projections of cash flow and potential valuation.

While data on numbers of pharmacies or schools, for example, are publicly available in other countries, the lack of easily-accessible market data and the reluctance of certain government ministries to provide this data has forced entrepreneurs in Iraq to rely on assumptions when sizing the market. Merani says that while Lezzoo tried to gather this information from various ministries, the team was often told that the information Lezzoo was seeking was either unavailable or confidential.

Additionally, the lack of general understanding of the Iraqi market and the risks of investing in a post-conflict environment mean that entrepreneurs may need to provide potential investors with additional information -- and this is a point that has been expressed by a number of Iraqi startups seeking to raise their seed rounds. Merani said that on multiple occasions when trying to raise funds in the US, he was repeatedly asked questions like, “What happens if the internet goes out in the whole country? What would you do?” And this uncertainty or concern over volatility in Iraq may result in lower valuations for startups.

This added scrutiny also extends to the investment itself. The syndicate of investors that invested in Miswag’s seed round (four angel investors and one institutional investor) experienced legal challenges from the outset. When trying to create a special purpose vehicle (SPV) for Miswag in the financial free zone Abu Dhabi Global Market (ADGM), ADGM repeatedly asked for more documentation given the startup was incorporated in Iraq. After several months, the investors eventually decided to invest directly into Miswag’s bank accounts in Iraq rather than through this SPV.

“One difficulty we experienced recently was that many of the investors’ transfers were heavily delayed due to banks needing extra documentation due to the scrutiny that goes into processing transfers to Iraq.”

However, local and regional investors are willing to put in the work, and entrepreneurs are rising to the challenge.

One of the Five One Labs investor trip participants, Anas Elayyan, said:

“Since inception, iMENA Group has been on the lookout for extraordinary founders and startups operating in under-served markets. The new wave of founders and entrepreneurs that we met in Iraq in the last few months are the real assets for Iraq's future. Those entrepreneurs have been hustling in the system to mark a new digital era for Iraq. We, at iMENA Group, are very excited to be part of that era.”

For Miswag, the success of the syndicate’s investment can likely be attributed in part to the fact that the investors were familiar with the market. Four of the five investors were Iraqis who work in Iraq but live outside of the country. Because of their knowledge of the operating environment, they were willing to invest directly rather than establishing an offshore entity.

Both on the investor and entrepreneur side, there are key innovators who are willing to take higher risks in order to show that high-growth startups can be built and grown in Iraq. “There are so many opportunities for entrepreneurs in Iraq to take the lead,” Merani says, “because Iraq needs so much.”

Looking ahead to 2020, we look forward to seeing more investments in Iraq’s tech startups and to welcoming another delegation of international investors to the Kurdistan Region later this year.

Five One Labs is a start-up incubator that helps refugees and conflict-affected entrepreneurs launch and grow their businesses in the Middle East. Launching first in the Kurdistan Region of Iraq, we aim to empower individuals to rebuild their lives and livelihoods and to contribute to the economic growth of their communities.

Five One Labs entrepreneurs are provided with training; mentorship by world class entrepreneurs from the USA and the Middle East; and a community of creative changemakers to share their experiences with.

Our vision is to develop an inclusive network of innovators and entrepreneurs that have the support, skills, and connections to positively change their communities and countries.