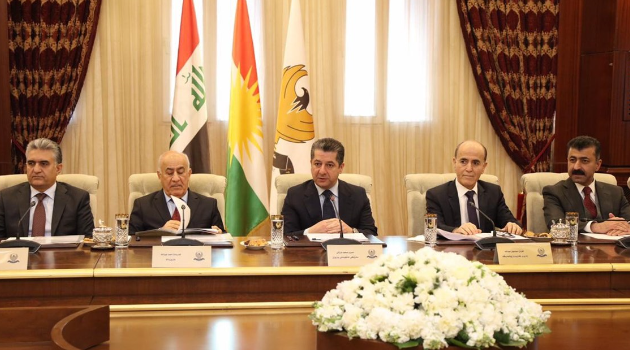 The meeting of cabinet ministers was attended by the heads of the Financial Monitoring Diwan and Commission of Integrity in Kurdistan, as well as the President of Public Prosecutions.

Prime Minister Barzani emphasised the significance of the KRG’s modernisation efforts, which will enhance the efficiency of all government sectors and streamline the delivery of services to the public. He called on all parties to support the reform agenda.

A high-level committee was established to oversee implementation, and the Prime Minister requested that ministers submit recommendations on the prompt and effective enacting of the Reform Law within 15 days.

The Prime Minister also highlighted the role of financial monitoring authorities, the Commission of Integrity, and Public Prosecutions in supervising the reform process.

During the meeting, it was agreed that the cabinet, as part of its core responsibilities, will consider the restructuring the Kurdistan Region’s revenues and expenditures to bring greater transparency to the oil and gas sectors.