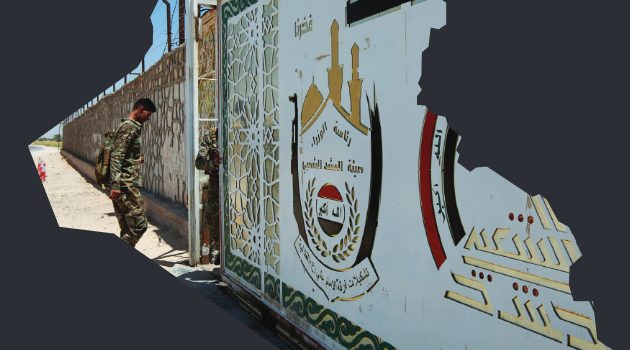 By Michael Knights, Hamdi Malik and Aymenn Jawad Al-Tamimi, for the Washington Institute for Near East Policy. Any opinions expressed are those of the author(s), and do not necessarily reflect the views of Iraq Business News.

Honored, Not Contained: The Future of Iraq's Popular Mobilization Forces

Hastily raised when the Islamic State was knocking at the gates of Baghdad, the state-backed Iraqi militia network al-Hashd al-Shabi has swollen into a 160,000-strong armed force with an annual budget exceeding $2 billion.

But more than five years after its formation, the Hashd -- also known as the Popular Mobilization Forces -- still lacks defined roles and has largely fallen under the sway of Kataib Hezbollah and other Iranian-backed factions. Now that Iranian Qods Force commander Qasem Soleimani and Kataib Hezbollah leader Abu Mahdi al-Muhandis are no longer on the scene, observers are asking what comes next for the Hashd.

In this highly detailed Policy Focus, meant as a primer for Iraqi and international agencies, analysts Michael Knights, Hamdi Malik, and Aymenn Jawad Al-Tamimi lay out the PMF's current status, offering a novel look at its functions, structure, and activities as a military institution.

The study identifies achievable security-sector reforms while exploring longer-term options around which consensus must first be built. Although demobilization is not a realistic goal in the near term, Iraq and its partners can take practical steps to honor Hashd units for their sacrifices while also containing them in the interests of national sovereignty and stability.