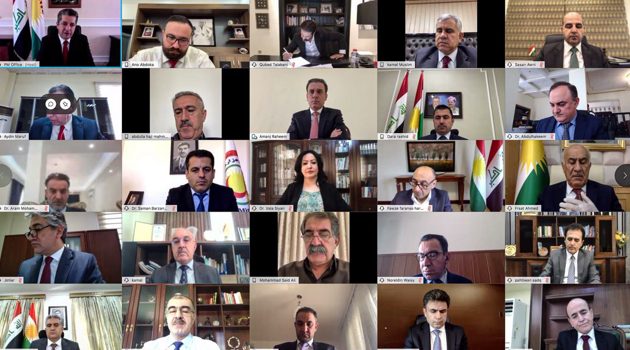 Prime Minister Masrour Barzani on Wednesday chaired a cabinet meeting via video conference to discuss expenses and the need to adapt to the current budget while protecting public entitlements.

In the meeting attended by Deputy Prime Minister Qubad Talabani, the Council of Ministers stressed continued commitment to reducing salaries of senior officials, including those retired with high pay brackets. These meetings will continue until next Sunday.

During the meeting, the Cabinet extended the deadline to pay public water and electricity bills with 15% discount until September 1, 2020.

The Council of Ministers also debated the ongoing disputes with the federal government and agreed that a delegation will return to Baghdad next week as part of continued efforts to reach an agreement within the framework of the Iraqi constitution.