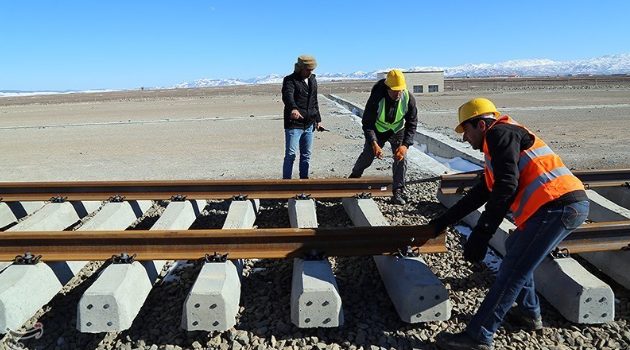 By Editor on 27th July 2020 in Construction & Engineering In Iraq, Iraq Transportation News

A senior Iraqi official said the construction work for establishing a major railway project connecting the Arab country to neighboring Iran will get underway not in the too distant future.

"The railway between Iran and Iraq through the Shalamcheh link will get going soon," said Qasim al-Araji, a national security adviser to the Iraqi government, in a tweet on Thursday.

The announcement by Araji, a former interior minister of Iraq, could be a sign that Iran and Iraq have reached fresh arrangements on how they can finish a project that that has stalled on the Iraqi side of the border for almost eight years.

Iran's Mostazafan Foundation (MFJ), a semi-governmental charity with years of experience in construction activities, is responsible for funding and execution of the entire project in Iran and Iraq.

Iran has finished its side of the railway, a 17-koilometer link between the cities of Khoramshahr and Shalamcheh. However, MFJ plans for continuing the project into Iraq hit a snag in 2014 when the Arab country became involved in an extensive war on terror.

The $150-million project, which spans 47 kilometers through the two territories to reach the Iraqi city of Basra, has also faced issues like mine clearance inside Iraq.