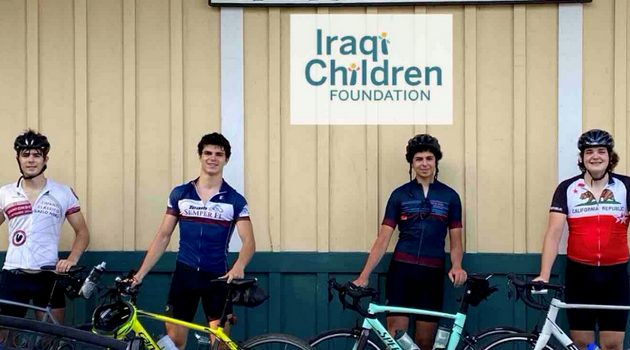 By Editor on 9th August 2020 in Healthcare, Iraq Education and Training News

Elias Eldadah, an Iraqi-American high school student, raised over $7,500 for Iraqi orphans this month by organizing a 100-mile (161 km) bike ride in the Washington, DC area.

Joining him in the cause were his teammates and friends - Michael LesStrang, Jake Shue, and Aidan Ortiz.  The four riders began at 4am (11am Baghdad time) Sunday morning, August 2, 2020, and finished approximately 8 hours later.

"We are fortunate to live far away from the pain that children no different from us have to endure daily, and we wish to do our small part for them," Elias and his team said in launching the two-week GoFundMe campaign.

The fundraiser caught traction so quickly that its goal was raised multiple times from the original $1,000.  Even as the race ended, donations continued to roll in.  The final total reached $7,650. 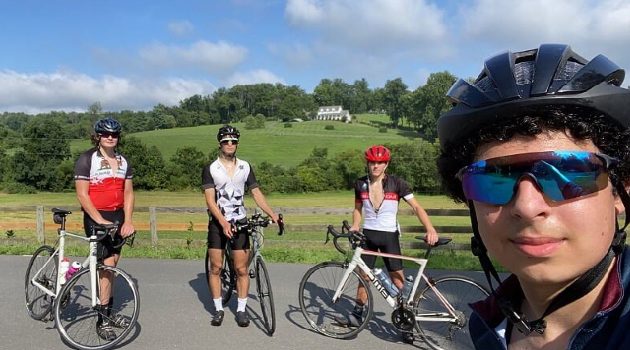 The Iraqi Children Foundation intervenes with love and hope in the lives of children at risk of abuse, neglect, and exploitation by criminals, traffickers, and extremists.  It does so by providing legal protection, psychosocial services, nutrition, and education to orphans, street kids, and other vulnerable children.  For more information, visit www.iraqichildren.org.