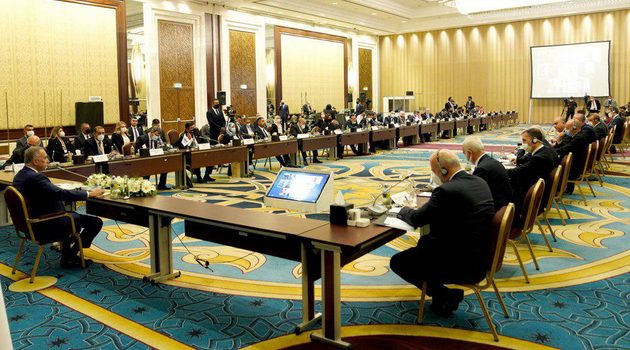 Iraqi Prime Minister Mustafa Al-Kadhimi met on Thursday with a number of businessmen, investors and heads of Turkish companies, on the sidelines of his official visit to the Turkish capital, Ankara.

He also listened to the issues presented by businessmen that contribute to facilitating their work in Iraq. The Prime Minister said during the meeting that Iraq is a promising country and carries all the elements of success for the business and investment sector, and that he views Turkey as a true partner in the economic field on the road to achieving sustainable development.

He added that Iraq is serious about opening its doors to investment, and that it is about to attract Turkish investments and expertise to the Iraqi market, in order to expand the Iraqi economy's base in industry and agriculture, and reduce dependence on crude oil.