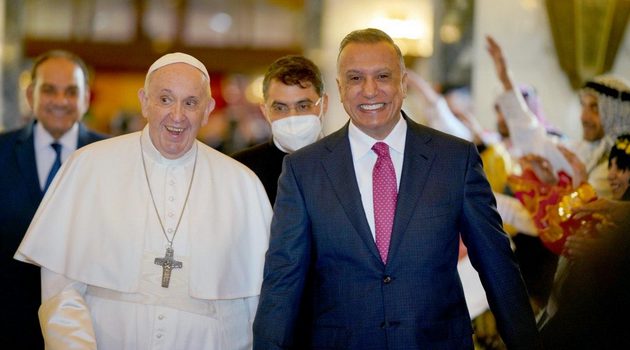 Describing Iraq as the "cradle of civilisation", the Pope said Iraq's diversity was a "precious resource on which to draw, not an obstacle to eliminate".

He appealed for peace, and said:

"May room be made for all those citizens who seek to cooperate in building up this country through dialogue and through frank, sincere and constructive discussion ... May no one be considered a second-class citizen."