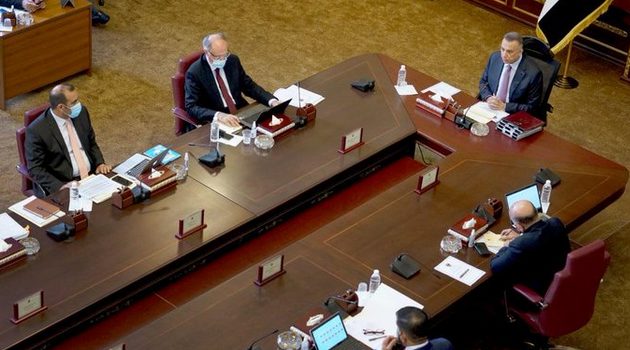 Iraq's Cabinet held its weekly meeting on Tuesday under the chairmanship of Prime Minister Mustafa Al-Kadhimi.

The Prime Minister addressed the developments in Dhi Qar province, and confirmed that, following consultations with key stakeholders, a new governor has been appointed to run the province and his name will be announced shortly.

He told the Cabinet that an advisory council will be appointed in Dhi Qar, reporting to him, and that he he will follow up on a daily basis with the new governor and the council on all matters related to the reconstruction of Dhi Qar.

He also indicated that the results of the investigation into the violence during the recent demonstrations in Dhi Qar will be announced.