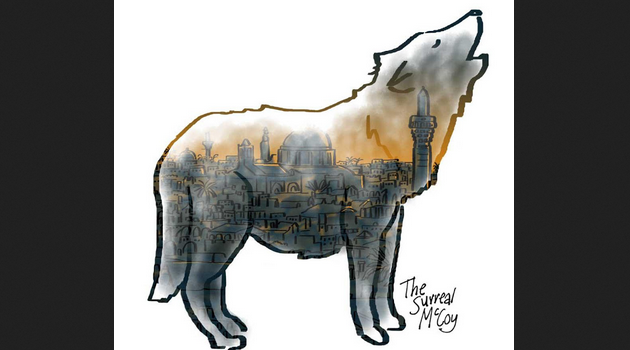 Regular readers [of Iraq Solidarity News] will be familiar with the story of The Wolf of Baghdad by Carol Isaacs. Through Carol's graphic memoir, The Wolf of Baghdad has introduced new people to a 20th century experience by Iraq's Jewish community, which is known to the world as The Farhud.

In this conversation Hussein Al-alak catches up with Carol and hears about the progress of her book, whilst also gaining a valuable perspective on the recent visit of Pope Francis to Iraq. The Wolf of Baghdad is published by Myriad Editions and is available to buy from all good bookshops.

What is your name and what do you do?

My name is Carol Isaacs (also known as cartoonist The Surreal McCoy) and I am a cartoonist and musician based in London, UK.

You created a graphic memoir called The Wolf of Baghdad, can you please tell us more about it?

It's the story of my family and their life in Iraq until the expulsion of Jews from there in the latter half of the last century. It is told through their own words which are interspersed between my wordless drawings.

It's been a year since The Wolf of Baghdad was published, how has it been received by the public?

The Guardian named it as one of the 10 best graphic novels of 2021 and reviews have been very positive from all corners. It was chosen for the book clubs of both the Jewish Women's Archive (USA) and the English language New Arab, the sister publication of Arabic website Al-Araby al-Jadeed. A university in Iraqi Kurdistan requested that the book be included in their English undergraduate syllabus.

Such is the level of interest in our story that I have been asked to provide an adaptation of The Wolf of Baghdad for middle grade readers (ages 9-12). 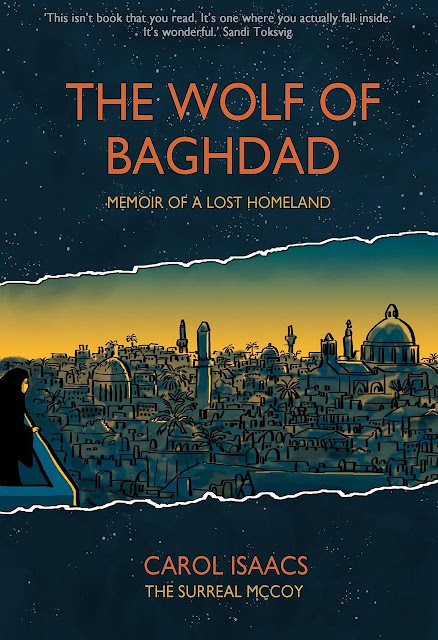 The Farhud is marked every year on June 1st. Help remember the 'violent dispossession' of Iraq's Jewish community by purchasing a copy of The Wolf of Baghdad and donating it to a local school library.

Did you watch the visit of Pope Francis to Iraq and how did this make you feel?

I saw it through the eyes of my Iraqi Christian friends who live in exile which was incredibly poignant and moving. The Pope's meetings with Iraqi religious leaders to deliver the message of coexistence and peace seemed to be a very positive step.

Do you feel the experiences of Iraqi Jews can play a constructive role in helping present day Iraq?

Iraqi Jews, with their deep understanding of Iraq and its culture, could prove to be a valuable asset, greatly contributing towards understanding Iraq's diversity. I know some individuals who, if asked, would give their help in a heartbeat.

If you could give advice to young Iraqis around the world - about rebuilding life after conflict and displacement - what would you say?

I wish my parents were alive to answer that question! It was their generation, and ones before, that had to start over after they left Iraq. All I know is that they always looked forward, grounded themselves in their new country and gave their children the best lives possible, for which I am eternally grateful.