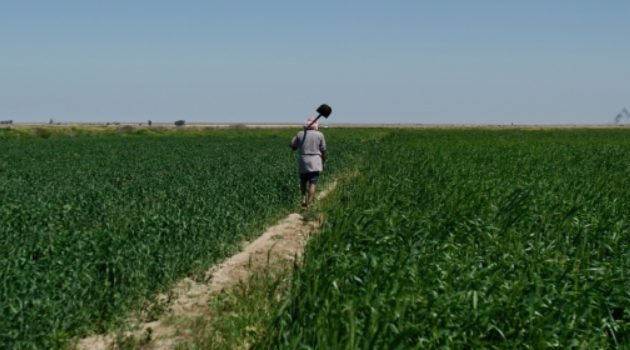 By Editor on 10th September 2021 in Agriculture

The United Nations World Food Programme (WFP) has expanded its resilience-building programme across Salah al-Din governorate north of Baghdad, to respond to growing concerns about the lower than usual rainfall in Iraq. This year has seen the second lowest rainfall in 40 years in the country.

WFP's livelihoods work, implemented with local communities, the Government of Iraq and NGO partners, is helping over 130,000 vulnerable people across the country in Salah al-Din and also Anbar, Basra, Maysan, Ninewa and Thi-Qar.

"Climate change is affecting Iraq, which already has a heavy post-conflict burden and is also grappling with the effects of COVID-19 pandemic. Together with the Government of Iraq and our partners, WFP is working to help affected communities become self-sufficient, so that everyone can meet their food needs," said WFP Iraq's Representative Ally-Raza Qureshi. "Our partnership in areas such as rural Salah al-Din is helping vulnerable families secure sustainable incomes by developing key skills and providing them with the necessary tools. This helps them get through times of hardship."

Traditionally, Iraq - "the land between two rivers" - had been able to meet its water needs, so the current water shortage is of particular concern. Temperatures are also hitting record highs; last year saw Baghdad's highest temperature ever of 52 degrees Celsius. WFP's assessments revealed that the 2021 rainfall season has been below average, particularly in the northern governorates and Kurdistan Region. This could impact the final yield of the two major crops; wheat and barley.

WFP's May surveys noted that 8 percent of people in Ninewa and Kirkuk governorates have insufficient food consumption, twice as many as the 4 percent national average. Similarly, 13.4 percent of people in Ninewa reported employing negative coping strategies - such as borrowing money or eating less food - above the 7.5 percent national average. WFP continues to monitor the situation closely, particularly the impact on food security.

Last month, Qureshi presented his credentials to H.E. Dr Ali Shamran, Head of the Protocol Department at the Ministry of Foreign Affairs, Baghdad. Qureshi joins the Iraq team following a long career in development and also the private sector. He is passionate about combating climate change.

Both Shamran and Qureshi reaffirmed WFP's and the Government of Iraq's commitment to Sustainable Development Goal (SDG) 2: Zero Hunger through effective social protection, and durable solutions including resilience-building and livelihoods for vulnerable families, working together for Iraq's development.