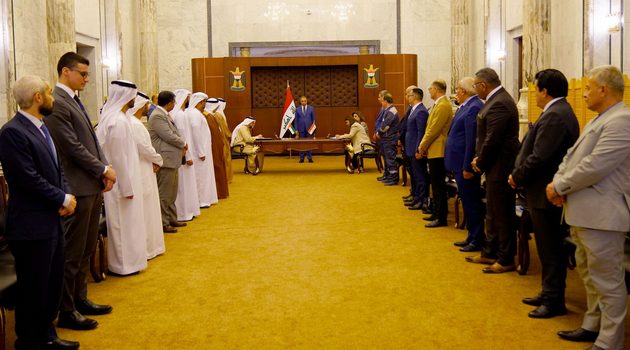 This covers the first phase of the project, covering 1,000 megawatts of power out of a planned total capacity 2,000 megawatts.

The signing ceremony was attended on the Emirati side by the Minister of Energy and Infrastructure, Mr. Suhail bin Mohammed Al Mazrouei.

The head of Iraq's National Investment Commission (NIC), Ms. Suha Daoud Najjar, and the Director General of the Investments and Contracts Department at the Ministry of Electricity, Ms. Maha Hammoudi, represented Iraq, while the Executive Director of Masdar, Mr. Mohammed Jamil Al Ramahi, signed for the Emirati side.