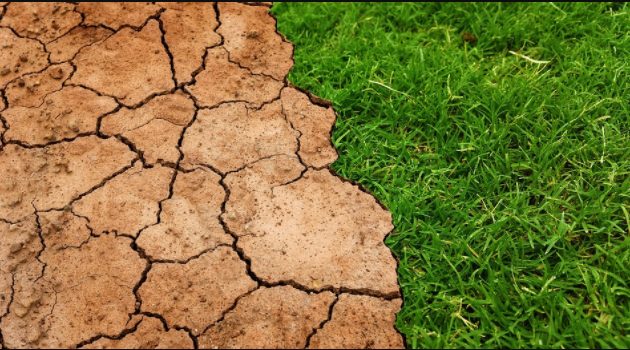 By Editor on 21st November 2021 in Iraq Public Works News

Together with students, civil activists, university heads, government officials and guests from the international community, the association will begin planting more than 5,000 trees across 12 locations of public use in Mosul City and its surrounding areas. The initiative and its first project in urban greening is in part a contribution to Climate Action, Sustainable Development Goal 13 established by the United Nations in 2015.

Mosul City and the surrounding areas are suffering many interconnected environmental problems including air and noise pollution, desertification, rain-induced floods, and traffic density among many others. These new green spaces thus seek to improve air quality, provide cooling and shade, reduce the likelihood of flooding, calm traffic, support the community's overall well-being and provide a habitat for local wildlife.

This Urban Greening Project will plant trees from late November 2021 through February 2022. The selected trees are distinguished by the density of their leaves and their tolerance to extreme environmental conditions as well as their ability to provide sizable ground cover.

"This will improve the environmental situation especially in terms of air quality as these trees produce thick vegetation," explained project director Anas Al-Tayi. "The choice of planting sites will also contribute to our having a direct environmental impact as we'll plant at many populated locations in Mosul City including at Mosul University and the Northern Technical University."

Among the trees to be planted are diverse varieties of Cyprus and pines, as well as lemon and orange trees. A Tree of Fraternity will be planted for Pope Francis in Old Mosul's Hosh al-Bieaa (Church Square) to honor the message of peace he delivered there and his historic pilgrimage to Old Mosul, deeply scarred by war and terrorism that is seeking to recover anew.

In addition to the environmental impact, the Green Mosul initiative seeks to be a catalyst for civil society as teams of volunteers from diverse social, institutional and community organizations in the city and its surroundings will plant the trees. This will create new synergies and opportunities for Iraqi youth engagement around these topics in relation to the larger international discussion of climate action and the 26th United Nations Climate Change conference COP26 held in Glasgow, Scotland. According to Omar Mohammed, historian and founder of the Mosul Eye Association, "The Green Mosul initiative is a project for the community where civil activists are leading the way."

The Green Mosul Initiative Urban Greening Project also seeks to be a bridge between Mosul's diverse communities as trees will be planted at sites of importance to Yezidis, Christians and Muslims and be maintained by their respective communities. Green Mosul will additionally plant trees in locations of public use including at Mosul University, the Northern Technical University, Mosul Municipality, and the Government Environment and Desertification Directorate, as well as in areas surrounding Mosul City including Telesqaf, Sinjar Academy, Ali Rush Village, Zain AL-Abeden and other areas.

The current Green Mosul Initiative Urban Greening Project is possible with generous support of the French Ministry for Europe and Foreign Affairs' Crisis and Support Centre, Le Centre de crise et de soutien. Sizeable contributions of trees have also been gifted to the project by individual Mosul and international donors.