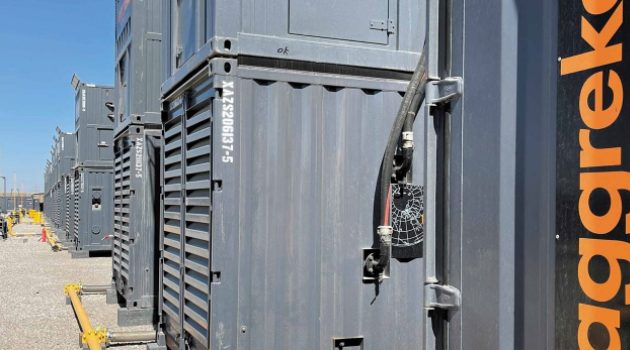 UK-based Aggreko has announced that it has completed commissioning of the largest flare-gas-to-power project in the Middle East to date at 165 MW capacity.

The plant is run on approximately 40 million square cubic feet (SCF) per day of associated petroleum gas (APG) from the Saqala Field, saving 840 tonnes of CO2 per day, and cutting flaring by a third.

Delivered over the course of 2020-2021 against the backdrop of the pandemic, the project was conceived and executed in close collaboration with Kurdistan's Ministry of National Resources (MNR) and Ministry of Electricity (MOE).

Aggreko also delivered a new 6km gathering pipeline to transport the APG to the power plant, and upgraded 7km of 33 kV and 33km of 132 kV overhead cables to new high tensile low sage (HTLS) conductors in order for the local distribution grid to handle the new power plant's full output.

"We worked with Aggreko to provide a creative solution to convert flare gas to power in a way that directly benefits the local population and the regional in general, while creating a positive environmental impact and improving air quality."

"Kurdistan's Regional Government has been forward-thinking in looking for ways to capture and convert gas that would otherwise be flared, to unlock production and power the local economy. We are extremely proud to have worked with the Ministries to deliver the Middle East's largest flare gas to power project to date, while upgrading the local infrastructure to the lasting benefit of the community and businesses it serves."

The project is now contracted to run for four years, delivering power 24/7/365.

Built using 192 MW of modular gas generators, the plant can easily be scaled up or down in response to changing gas volumes.

Approximately 60 Aggreko engineers have delivered the project, with 80 local jobs created directly and indirectly for the site's delivery and ongoing operation, including 44 local nationals who have already commenced Aggreko's official training scheme.

KRG to rely 100% on Natural Gas for Electricity