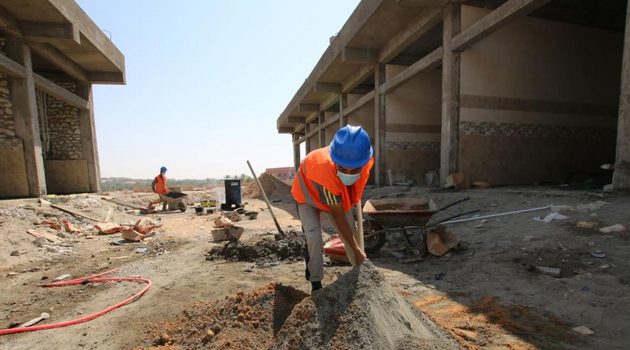 The United Nations Development Programme (UNDP) in Iraq welcomes a EUR 5 million (US$ 5.63 million) contribution from Government of the Kingdom of the Netherlands to UNDP's Funding Facility for Stabilization (FFS), which finances fast-track initiatives to stabilize areas liberated from the Islamic State of Iraq and the Levant (ISIL).

This new commitment brings the Netherlands' total contribution to FFS to US$ 107.45 million. The Netherlands is the third largest contributor among the Facility's 30 funding partners. To date, FFS has supported the return of 4.93 million Iraqis displaced by the ISIL conflict.

"The impact of our stabilization efforts with generous support from key partners such as the Netherlands are clearly visible across Iraq. Schools are reopening, clean water is reaching homes, roads are connecting people, and homes are rehabilitated," says UNDP Resident Representative in Iraq, Ms. Zena Ali Ahmad.

"Through this contribution, the Netherlands has prioritised the wellbeing and prosperity of Iraqi communities and I applaud them for their commitment and leadership," adds Ms. Ali Ahmad.

"As one of the longstanding contributors to the FFS, the Netherlands values the fact that UNDP links its reconstruction and recovery efforts with stabilization activities focusing on, for instance, re-establishing social cohesion."  At the request of the Government of Iraq, UNDP established the Funding Facility for Stabilization (FFS) in June 2015 to facilitate the return of displaced Iraqis, lay the groundwork for reconstruction and recovery, and safeguard against the resurgence of violence and extremism.