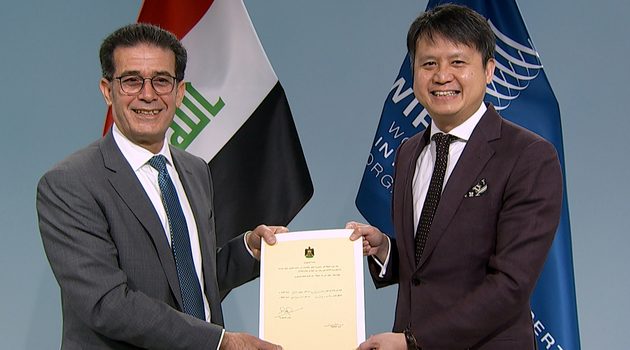 By Editor on 23rd February 2022 in Iraq Industry & Trade News

The Government of Iraq has deposited its instrument of accession to the Patent Cooperation Treaty (PCT) with the Director General of the World Intellectual Property Organization (WIPO), making Iraq the 155th member of  the PCT Union. The PCT will enter into force for Iraq on April 30, 2022.

As from April 30, inventors in Iraq can file patent applications under the PCT as a means of seeking patent protection in PCT Contracting States.

Likewise, starting April 30, foreign innovators can use the PCT System to seek patent protection for their inventions in Iraq.

Information about Iraq's functioning as a PCT receiving Office and designated (or elected) Office will soon be available in the PCT Applicant's Guide.

Iraq and Pakistan to Increase Cooperation

China and Iraq to Increase Cooperation