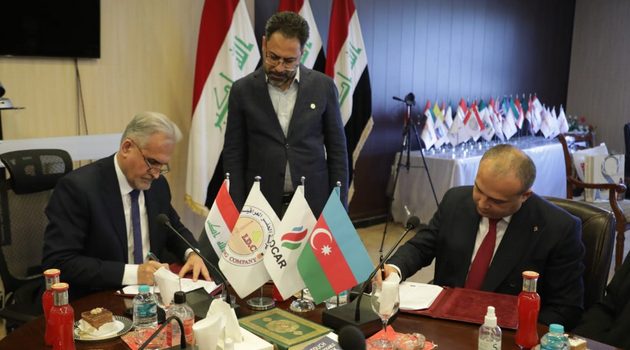 The Iraqi Drilling Company (IDC) has signed a partnership contract with SOCAR, the the state-owned oil and gas company of Azerbaijan, for drilling and oil-field services.

The Director General of the company, Bassim Abdul Karim, said that the contract involves collaboration in the field of drilling and reclamation of oil wells, noting that the term of the contract is three years, and may be extended.

The agreement follows a visit by Iraq's Oil Minister, Ihsan Abdul-Jabbar Ismail, to Azerbaijan in September, and a visit by the General Director of Iraqi Drilling Company (IDC), Basim Abdulkareem, to SOCAR's headquarters in January.