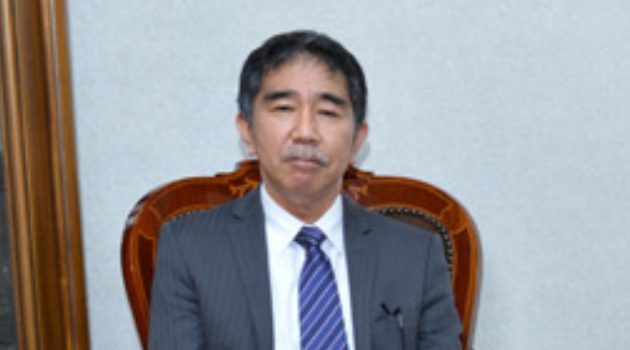 The United Nations Development Programme (UNDP) Iraq has welcomed a US$2.5 million (JPY 289 730 000) contribution from the Government of Japan to support social stability in Iraq through Preventing Violent Extremism.

The contribution will be channeled through UNDP Iraq's Support to Social Stability in Iraq through Preventing Violent Extremism Project which will address causes of violent extremism throughout Iraq and assist the Government of Iraq to implement its National Strategy to Combat Violent Extremism Conducive to Terrorism by building institutional capacity at the national and sub-national levels, enhancing community resilience, and promoting viable pathways to reduce violent extremism with focus on women and youth.

The project will also focus on improving security and stability in communities through advancing sustainable reintegration and socio-economic support to vulnerable groups.

This project compliments UNDP Iraq's work on stabilization and community readiness and reintegration for thousands of Internally Displaced Persons including families perceived as affiliated with the Islamic State of Iraq and the Levant (ISIL).

"We are extremely grateful to the Government of Japan for this important contribution and our continued work together to support the people of Iraq. Our partnership with the Government of Iraq on Preventing Violent Extremism is focused on sustaining the stabilization gains made and creating durable solutions for community return and reintegration.

"With this project, we will ensure continued support to resilience and promotion of peaceful coexistence amongst groups that are vulnerable to marginalization, addressing key drivers that can lead to violent extremism."

According to the Japanese Ambassador to the Republic of Iraq, His Excellency Mr. Suzuki Kotaro (pictured):

"Japan has consistently supported the people of Iraq through various humanitarian assistance since 2014, amounting to over 600 million US dollars to date. I praise UNDP's continuous and tireless endeavour to help preventing violent extremism, the root causes of terrorism.

"The Government of Japan and people of Japan wish this project mitigates sufferings of internally displaced and vulnerable people and paves a way for ensuring human security and stability at the community level."

The Support to Social Stability in Iraq through Preventing Violent Extremism Project is part of UNDP Iraq's five-year Social Cohesion Programme launched in January 2020 to promote stronger, peaceful, and more cohesive communities in all areas of Iraq.