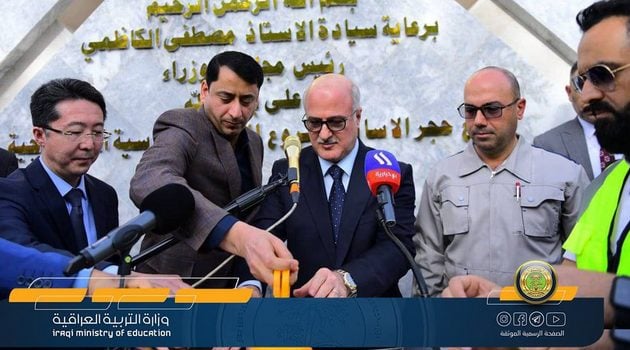 Work has started on the construction of 40 new schools in Najaf, as part of the Chinese-funded plan to build 1,000 schools across the country.

The schools will be built by the Power Construction Corporation of China (PowerChina).

The Secretary-General of the Council of Ministers, the Minister of Education and the Governor of Najaf laid the foundation stone for the first of the new schools on Thursday.