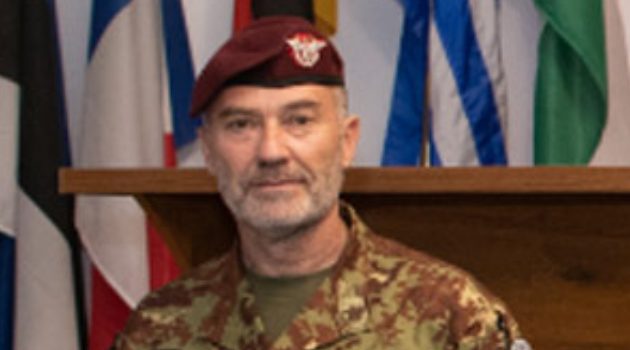 Major General Giovanni Iannucci (pictured) from Italy has assumed command of NATO Mission Iraq, following a change of command ceremony held in Baghdad. He succeeds Lieutenant General Michael Lollesgaard from Denmark, who had assumed his command on 6 May 2021.

On the occasion of the change of command, NATO Secretary General Jens Stoltenberg offered the following recognition:

''I commend Lieutenant General Lollesgaard for his outstanding services and exemplary leadership, and for the daily efforts that he and his personnel undertook to ensure the progress of our mission, in close coordination and cooperation with the Iraqi authorities.

"And I welcome the arrival of Major General Iannucci to head up our mission. I look forward to working closely with him as he leads our capacity-building activities in support of the Iraqi security institutions and armed forces, as requested by the Iraqi government.''

NATO Mission Iraq was launched at the NATO Summit in Brussels in July 2018, following a request from the Iraqi government. Established in Baghdad in October 2018, it is an advisory and capacity-building non-combat mission that assists Iraq in building more sustainable, transparent, inclusive and effective security institutions and armed forces, so that they themselves are able to stabilize their country, fight terrorism, and prevent the return of Daesh.

All efforts of NATO Mission Iraq are carried out with the consent of the Iraqi government and conducted in full respect of Iraq's sovereignty and territorial integrity.

NATO Mission Iraq is another concrete demonstration of NATO's readiness to address all challenges to the Euro-Atlantic region, from any direction, through a 360 degree approach to security.